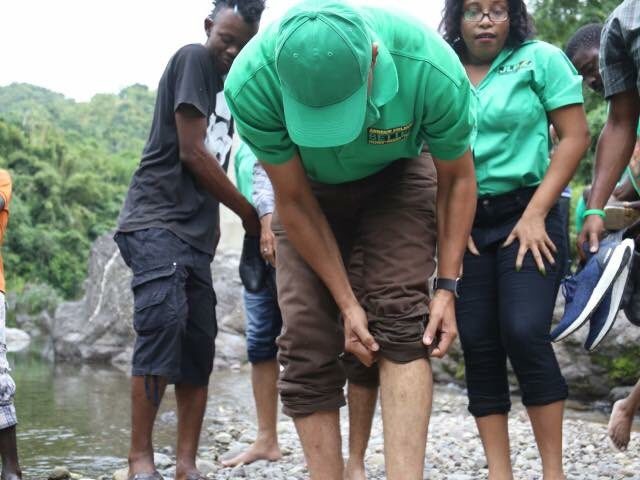 The foot bridge that we told you about that PM Holness was captured rolling up his trousers and crossing the river as they do not have a foot bridge.  When the Wag Water River is in spate it is virtually impossible to cross same without risking to life and property.

The issue of the bridge which the PM promised while campaigning for the St. Mary by-election is now being used as a political football by the PNP. 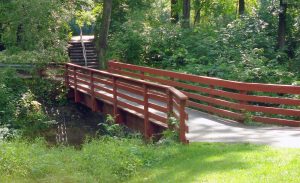 You will recall the powerful images of a barefooted PM crossing the river was on TV and print.  Contrasted with Opposition Leader Dr. Phillips arriving in a helicopter in the said constituency in St. Mary.

This constituency was taken away from the PNP by the JLP which they narrowly won by 5 votes in 2016,  in which the foot ridge was featured. The seat was won by JLP’s Dr. Norman Dunn by about 1000 votes in 2018.

He Should Have Known?

Mr. Stephen Shaw, manager communications, National Works Agency (NWA) … in responding to a query in a TV interview regarding the start up for the bridge stated that he had no knowledge about when the Chesterfield Bridge would be built.  He did not offer to return with an update. It was a few days later that his boss, president E.G. Hunter disclosed that the parts for the bridge were being fabricated in China and would be ready before the hurricane season in June 2018.  Parts for a total of seven (7) bridges are being fabricated in China.  The Chesterfield Bridge is among the 7 we are told.  Other infrastructure will be done on location.

Stephen Shaw should have known this development. If not, why not? He is the manager for communications and a very senior practitioner in the media landscape.  His  Mr. Shaw’s main job is to protect the image of the government entity he represents. We are not asking Mr. Shaw to play party politics. Not at all.

Our only motive is for the attitude of truth to be exposed.

We hope the parts arrive on time.