Electronic Warrant Module for Traffic Violations to be Piloted October 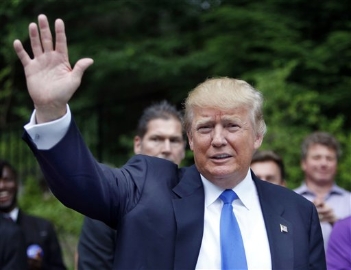 Speaker Nancy Pelosi has announced that in light of certain developments and conduct of President Donald Trump impeachment proceedings will be instituted.

The 45th President of the United States of America (USA) President Donald Trump will be facing impeachment over the Biden affair. For the president to be removed from office it will not only require a majority vote in Congress, but also a two third majority in the Senate. This is not likely as it would require at least 20 Senators from the Republican controlled Senate to vote for this Impeachment to be successful.

Impeachment proceedings were instituted against President Bill Clinton for his alleged affair with an intern named Monica Lewinsky. It was alleged that they had a sexual encounter. The Republicans tried hard but did not have the votes in the Senate to impeach. Clinton survived and completed his presidency leaving the economy in great shape with a decent surplus.

In a laye item Trump has promised to release transcript of offending conversation with foreign power.

Impeachment is difficult to carry out. You must have the votes in both houses. Members vote on party lines. They usually bond together to protect the image of their party. Such is the murky water called politics.