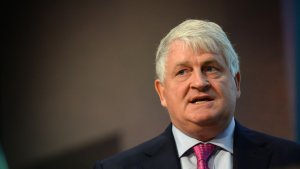 The decision of Digicel to file for Creditor protection or Bankruptcy comes as no surprise to onlookers or industry watchers. The writing has been on the wall for some time now. The company, from my perspective grew too fast and in the process became aloof. They seem to have cared very little about the very people who made them successful, their customers.

The status quo prior to the entry of Digicel was urgent for change. The monopoly held by Cable and Wireless, Lime or Flow could not continue indefinitely. Land line was their main ficus. This monopoly was retarding the economic growth of the Caribbean region and Jamaica in particular.

There have been rumours for sometime that there is trouble in Paradise and all was not well in digicel. They have in turn resorted to flashy advertisement campaigns and denials. As a private company, they have really kept their internal affairs very private. As the saying goes “leaks occur in the best constructed roof”. Has funds been leaked from their Jamaica operations to sure up failing entities in the group?

Can Digicel Be Trusted?

Digicel has never been an open transparent and fully accountable entity which seems to be the perception of the public, especially in Jamaica. For example even at this stage their corporate release has acknowledged the reports of bankruptcy within the Digicel group. On the other hand they have been asking us to believe that only a small company in the group has gone bankrupt and it will be business as usual. In short it is a storm in a tea cup and the wider group is not seriously or has not negatively impacted the larger corporate body. Yet we also hear that salaries have been slashed. We have heard this matter addressed or denied by Digicel. Is there a real trust deficit as it relates to Digicel? 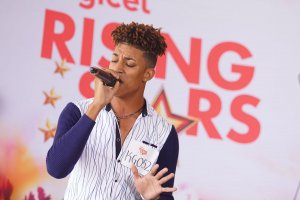 This foundation is the brain child of Denis O’Brien, who is founder and Patron. We must place on record that Digicel has not failed to put its money where it’s mouth is. In this regard the leadership must be commended. The Digicel Foundation support those with Special needs, promoting Self-reliance through sustainable enterprise within communities. This foundation has made a great difference to the lives of many by sponsoring Early Childhood entities and promoting for example Science labs in schools. sufferers of Domestic violence to name a few of its doings.

We note the sponsorship of the internationally acclaimed “Rising Star” Competition that has unearthed many a latent talent in Jamaica. Romaine Virgo, Christopher Martin and others immediately come to mind. Many careers have been positively impacted by this Digicel initiative. They have been sponsors for youth cricket across the Caribbean. Also they sponsor school boy football in Jamaica. The appointment of Brand Ambassadors to name a few of their moves. There has been wide appeal to these initiatives, as public buy in has been tremendous. A win-win for all.

The 64 Million Dollar Question Is? 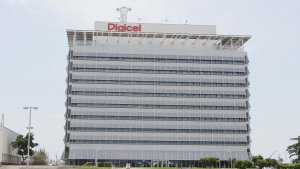 Where has all the money gone? For starters there is a sparkling Corporate office in Jamaica. Then an elaborate branch network of company and dealer/franchised stores. There has been rapid expansion worldwide, especially in the Caribbean. Digicel is a private company and therefore has no legal authority to report to anyone how it has managed it’s resources. Alas! This is not all correct … we have an interest in this business as stakeholders. Morally and certainly financially Digicel could not have been successful without public support. We hope they will be more transparent and share their plans with the public. Will this ever happen though?

The people in any region even the Caribbean need a reliable, effecient and financially stable communications carrier. Is that asking for too much?

Digicel has paid their taxes and have employed many. Figures are not immediately available, but since 2001 or there abouts some 14 million customers and a very strong brand has been established by Digicel in a wide raging market across many language and cultural marketplaces. Haiti, Trinidad & Tobago, Papua New Guinea immediately come to mind to name a few small and medium sized island states.

The founders are said to be Irish who have embraced our island states in a great way. Many barriers to cellphone use and ownership have been broken down by Digicel. They have truly revolutionized the way Jamaicans in particular have come to appreciate the mobile phone industry. So for all its many sins, if they are guilty of any, we must give them credit in this regard. 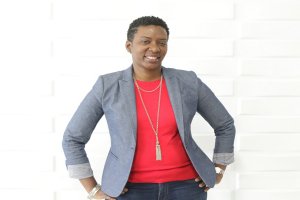 A senior female citizen called Nationwide Radio in Jamaica recently to complain that she depends on quarterly dividends to sustain her financially. This is a fixed income pensioner who invested her life’s savings in Digicel. They have suspended the payment of interest to bond holders.

Digicel’s has a holding Company registered in the Bahamas. It filed for Creditor protection in the USA. This matter is no longer under their perceived trade mark veil of secrecy. Rating agency has designated 1.7 billion stock units in Junk territory… rating is CCC.

There are reports not denied by Digicel that 2 billion dollars have been paid to O’Brien as dividends up to 2015 while the company is now filing for creditor protection. Is this true? If so, this money should be returned to help their cash flow. They have 177 billion in cash and their corporate building in Jamaica has been offered to sure up the business. The loss in interest to bond holders is estimated at 100 billion dollars. It is alleged that Denis O’Brien owns 99 percent of Digicel.

The demise of Digicel may be cause for rejoicing by it’s competitors, but we should not rejoice too soon. Many entities have gone to the brink and bounced back to be much stronger. We hope this will be so with Digicel. We do not gloat at the problems being faced by Digicel … In fact it is a dark day for us as a region that a home grown corporate entity has been faltering.