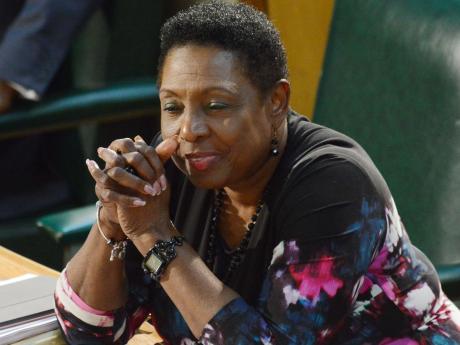 We refer to article which appeared in a leading Newspaper in Jamaica entitled “Another Side Of Babsy” This paper is synonymous with news as Kodak is synonymous with photography … in other words they have considerable level of credibility in the minds of consumers and by and large the public in general. (Please read this link for background)

It is no secret that Pearnel Charles and Babsy Grange among others were detained under a controversially imposed  State Of Emergency by the PNP under Michael Manley as PM.

JLP (Opposition) members mainly, were rounded up and held at Up Park Camp.  Then to compound things, a General Election was called by Michael Manley. They (The PNP) won same in 1976 … of course, under this politically,  if not illegally imposed State Of Emergency.

We will do an in depth expose’ in the future on this apparent abuse of power by the then led PNP leader Michael Manley now dead.  This story needs to be told.

Hopeton O’Connor-Dennie lived in Jamaica through that State Of Emergency in 1976  … it was an eye opener.  He is SIC and Photojournalist for Vision Newspaper Canada.