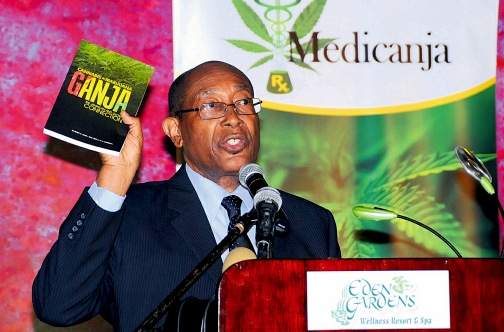 “The Cannibis industry is under fire. You cannot have an industry without banking.” Dr. Henry Lowe, ganja scientist declared He was speaking on a panel aired on national TV. Dr. Lowe has always critically analyzed our progress as we embark on our journey with “green gold” aka ganja. Himself along with Dr. Lochart et al, have developed a credible treatment for Glaucoma (eye disease) from the ganja plant.

The Federal Drug Agency (FDA) USA, has granted Orphan Status to a drug developed for the market by Dr. Henry Lowe. This is no ordinary achievement. This drug is to treat leukemia.

Who is Henry Lowe?

A former Permanent Secretary in the Jamaican government and former head of Blue Cross Jamaica … a chemist by profession, he is locally and internationally acclaimed for his ground breaking research in Cannabis.

Dr. Henry Lowe has been doing pioneering research on the medicinal aspects of the ganja plant. He has patents on his ground breaking researches. Medicinal products called Medi-ganja, products used medicinally has been bottled and available, on shelves, prescribable. Himself and Dr. Lockhart et al have developed a credible treatment option for Glaucoma. (eye disease). 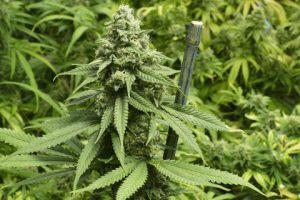 Vision has already posted a perspective critical of how ganja  smoking in Jamaica is mainly making the Green Gold going up in smoke instead of getting cash registers ticking over. Too many Jamaicans are content only on smoking the weed instead of trying to get on the entrepreneur ladder so products can be produced allowing for value added to bring in the real income like foreign exchange from hard currency.  These can be sought after exportable products.

Will this happen? We hope so, as that is where the real economic action can be.

What is your perspective?