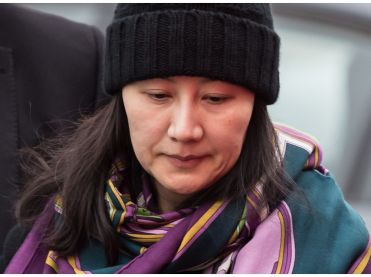 Technology Innovation At HUAWEI
Despite the row with Canada over the detention and subsequent harsh bail conditions imposed by a Vancouver, B.C. Superior Court, ordered by the US, which included CA$ 7 million in property values (2) houses as surety and an electronic monitoring device to be worn by Meng Wanzhou the CFO of HUAWEi.  This has not stopped HUAWEi from doing research and to innovate,  send new products to their warehouse for shipping to the market.
Who is HUAWEi?
HUAWEi is a 30 year old technology company with worldwide tentacles spread across almost every continent.  It is the largest .manufacturer of network systems and the second biggest manufacturer of smartphones with Samsung as no. 1 and Apple as number 3 in the world.  HUAWEi is owned by its employees with the owner REN ZHENGFEI owning only 1.4 percent of the company.  Yet he is a billionaire and was former executive with the Chinese Liberation Army.
Army Curse Haunts …
It is his past connection to the Chinese Army that is being used to blacklist him and his technology giant firm he founded some 30 years ago.  It is felt that HUAWEi’s inventions could be used to spy for China globally.  He founded the company with 4000 pounds. Meng Hanzhou is his daughter and chief Financial officer.
HUAWEi employs 180, 000 employees and spends $450, 000, 000 million on research and development annually.  Zen encourages his employees to think globally.  The west, especially the USA are campaigning to bar their upcoming 5G network technology from being used internationally. 3 & 4G is the latest wave band being used to transmit cell signals etc. 5G would be very advanced and would be more efficient.  A great technological breakthrough which is causing a buzz and scaring the nuts. This blacklisting of HUAWEi may not be fair. Is it bad mindedness?
Dumb Move?
The irony of it all is that the monitoring device is believed to be manufactured by a HUAWEi subsidiary.  It is like asking a mongoose to protect your chicken coop. This is the heights of dumbness to say the least.  We hope this is not so.
Extradition
The US wants Meng extradited to the US to face fraud and inducement charges for what it alleges is using a front company SKYCOM to disguise the breaking of sanctions imposed on Iran who the US has blacklisted.  Canada is being used to do US dirty work.  A glorified trade dispute?  Why has Canada been so willing to be used. Trump wants a deal so he will use whatever to get same. Wake up and smell the coffee Canada. You could ruin your economy.
Illegal
The US/Trump illegally tore up a legally binding treaty inked by the ABAMA administration and Iran.  Can Canada trust an “unpredictable” Trump as described by PM Justin Trudeau?  The verdict as usual is yours.  This is our perspective.
Two wrongs do not make a right.
Hopeton O’Connor-Dennie is SIC for Vision Newspaper Canada.