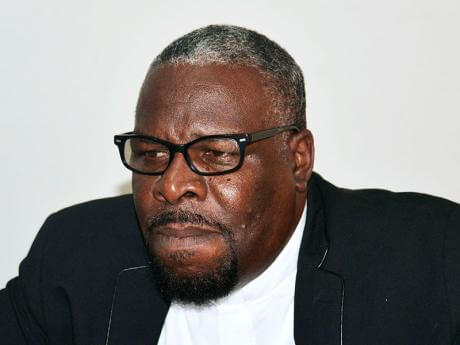 There has been considerable debate as to the most effective way to deal with the vexed issue of solving crime. Despite the 3.4% reduction in homicides year to date most commentators are not satisfied with this result. The Andrew Holness led JLP administration has been using states of emergencies with mixed results to tackle crime. Joint police/military patrols have been extensively used. Critics have not given any workable alternative solutions, but are loudly asking when this methodology will end. 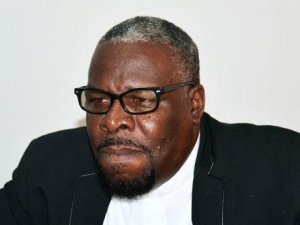 The extended use of the States Of Emergencies (SOEs) provides the opportunity for law enforcement mainly for soldiers to get corrupted. Opined Custos Perrin.

“I have had reason to believe the soldiers are behaving like the police. It is no secret that prior to the state of emergency we had 4 to 5 murders per day. We welcome the enhanced security measures. Stated a strident Custos Perrin, speaking in a media interview. He further stated that:

“The soldiers are becoming as corrupt as the police. I made a report to the high command” To reinforce his point the Custos related an incident in which:

“Soldiers confiscated a motorcycle and demanded payment for the vehicle to be returned to the owner.” Stated Rev. Hon Hartley Perrin, the Custos of Westmoreland, Jamaica W.I. on Thursday June 25, 2020.

“The SOE is as offensive as the KCMG badge that the GG is wearing. It promotes disdain and abuse of the citizens.” Richards was commenting on the usefulness of the State of emergency which comes to an end on July 25, 2020. This was stated in Parliament recently by National Security Minister, Dr. The Hon. Horace Chang, MP. Chang was speaking in a debate in which he was requesting an extension of the State of Emergency until July 25 in which he said the SOE would not be renewed after that date for now. 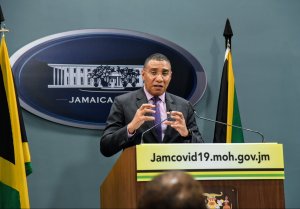 Prime Minister, the Most Hon. Andrew Holness, addresses the nation during a virtual press conference at Jamaica House, on Tuesday (April 14).

“I would not hold a General Election while there was a State of Emergency in place” declared PM Andrew Holness.

“The State of Emergency has never worked. It was a colonial relic. It leaves room for abuse of the citizenry. The police is short of resources. You cannot give them second hand vehicles, yet you buy new vehicles for yourself … also give them substandard equipment.”

Who is a Custos?

Custos is the short form for “Custos Rotulorum”. which means “keeper of the Rolls”. The person so selected is the Governor General’s representative in say a parish. Such a person may deputize for the GG. The GG in turn represents the Queen who is the head of state of the British Commonwealth. These are colonies prior to their independence were british subjects.

The Custos is an unpaid public official who keeps the roll of the Justices Of The Peace’s in an area, usually a parish. This public official performs mainly ceremonial duties like the opening of Circuit in a Parish. Circuit is a judicial session in which certain trials like rape, felonious wounding, manslaughter, murder and other serious crimes are tried. There is pomp and pageantry associated with these events. Also at independence galas, top civic events like war memorial celebrations, Poppy Days which may include the laying of wreaths.

Well yesterday June 26, 2020 the Senate or Upper House debated at length and narrowly passed the Bill to extend the SOE.

The Upper House or Senate approved the resolution to extend the SOE for the last time until July 25, 2020. This is to cover Kingston Central and parts of Western Kingston … known crime hot spots.

We can look forward to early General elections … as the PM sees fit. There is speculation that early August before schools reopen could be the date.