Thanksgiving Service for the life of Nevile St. Hugh Johnson

Perspective: We Need a Responsible Oppostition 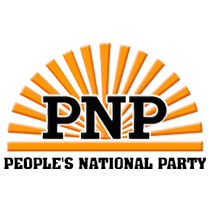 Despite any possible relief from the JLP government re property taxes, the steep increase will still impact negatively thousands of Jamaicans.  There will be relief to thousands also … better than before.

Reports are that the Cabinet which meets every Monday will review the Tax issue and make a decision going forward.  the JLP government of Andrew Holness cannot afford to ignore the outcry of the masses.  The increased property tax is a window of opportunity which is being exploited by the Opposition to cause discontent among the masses.
A clever politician can and should exploit every opportunity to get support.  This is how it is in a real world.

The PNP Opposition under Dr. Peter Phillips must be careful not to overplay their hand.  Any way this is the season Lent and we all know the role Peter, one of Jesus’  trusted disciples played in His (Jesus’) betrayal and subsequent death.

Did the PNP betray the trust of property owners?

Dr. Peter Phillips was noticeably absent from Parliament when the crucial vote on the lower property tax rates were voted on to be implemented.  Why was he absent?  We need a responsible Opposition if our Democracy is going to be effective.
Did the PNP abandon the people in their time of need.  A friend in need is a friend indeed?  The verdict as usual is yours.
This is my perspective. What is yours?
Hopeton O’Connor-Dennie is SIC for Vision Newspaper.