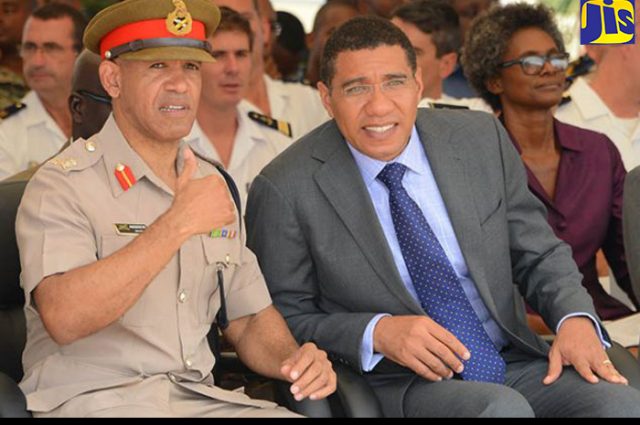 Anderson is a retired Chief of the Defence Staff (CDS).

He is well educated with a wide range of military training including a masters degree.  He has served the army for 30 years before retiring.  He is about 54 years old.

He is my friend and projects a good image of himself.  We wish him all the success in this his new assignment.

He is the third former Army officer to head the JCF. Col. Trevor McMillian, Rear Admiral Hardley Lewin,  (Coast Guard), and now Major A. Anderson.  This speaks volumes of the confidence shown in the JCF leadership over the years.