Perspective: Orrette Fisher Was Seen As A PNP Activist in Disguise .. 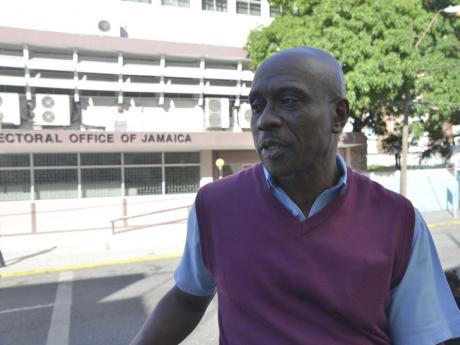 The now resigned former Director of Elections, Orrette Fisher who took the Election Commission to court wanting them to extend his employment contract to seven years. His contract was being extended annually and he has objected to this arrangement. Him too bright … him fi tek we himself.

There has been under current views suffesting that Fisher has been seen in many circles as a political activist. Matters like these are hushed, as evidence is not easy to come by and due to their sensitivity. In short Fisher was no longer trusted … no longer seen as an unbiased broker. Happy riddance Orrette Fisher, we wish you all the best as you move on.  Leave graciously and do not burn your bridge behind you.

Fisher has claimed that there was political interference at the Electoral Office Of Jamaica  (EOJ). Is this true?

Fisher took the ECJ to court as stated above. The Court ruled that he should remain in his job as Director Of Elections until the Court rules finally. It was an interim ruling. So for Fisher to now resign raises a lot of questions, if not eyebrows.  When his lawyer Hugh Wildman was contacted for comment he said he was not informed that Fisher had resigned. Should we take Fisher seriously?

Is Fisher an honest broker … and how should we treat his complaint?

As usual the verdict is yours. What is your perspective?

Do you think Orrette Fisher former Director of Elections was a PNP Activist in disguise?

We have no evidence that Fisher is a political activist … may just be a perception.