Perspective: Evolution Of The Telephone

Jamaican Justice Ministry On The Move

Perspective: PNP Supporters Gone To The Dogs … Frustrated About Poll loss To JLP 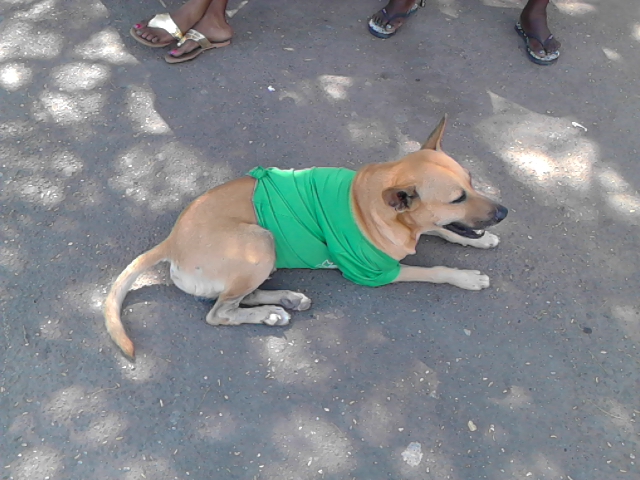 Vision, you will recall, posted a story of a docile pouch clad in JLP green party colours who had apparently “voted” on March 25, election day and was resting peacefully, unmolested, awaiting the results.

Alas, on learning that the JLP had won came to witness fist hand the opening of Parliament. This move by the green clad pouch did not win favour with the frustrated Comrades, as PNP diehards are called. They stoned and hurled abuses at man’s best friend and threatened to vent their anger even throwing stones, forcing a police officer to intervene on the pouche’s behalf for his safety.

It is illegal to cause willful harm to animals as is the case in Canada and many other civilized places.

Chairman “For Life” seem still shell shocked at the loss to the JLP. In an exclusive with VISION SIC he said “The JLP has only won by one seat 32 31”

Yes Comrade Pickersgill, you are correct but that is not the whole story, your party, the PNP lost eleven seats you had to the JLP. When you called the election some year and a half before it was constitutionally due you had 42 seats … you now have 31 and retained one by only 5 ballots … and another by 68 ballots. It was a backslide in a real sense. You and your leader Portia Simpson Miller were rejected by the electorate. They were uninspired with your lack of plans going forward and your dismal performance in office. You failed miserably and are now turning to a dog to vent your frustration and disgust. You should hang your heads in shame.

Self respecting individuals would go and do proper analysis and not take out your frustration on an innocent pouch. An innocent pooch who had nothing to do with poor performance at the polls.

As a lawyer, Pickersgill appears to be confused … he ought to know better.

The JLP did not lose any of the 21 seats they had prior to the election. The 10 point plan stimulated interest in the electorate who were just fed up with the PNP. Portia’s failure to debate was a no no for voters. They felt disrespected, abused and even taken for granted.

In perspective the loss was inevitable as the 19 dead baby scandal, devaluing dollar, high crime wave, extravagance, Riverton fire, assault and abuse of journalist, Portia refusing to be interviewed etc.

The electorate had enough and wanted a change. They reaped what they sewed.