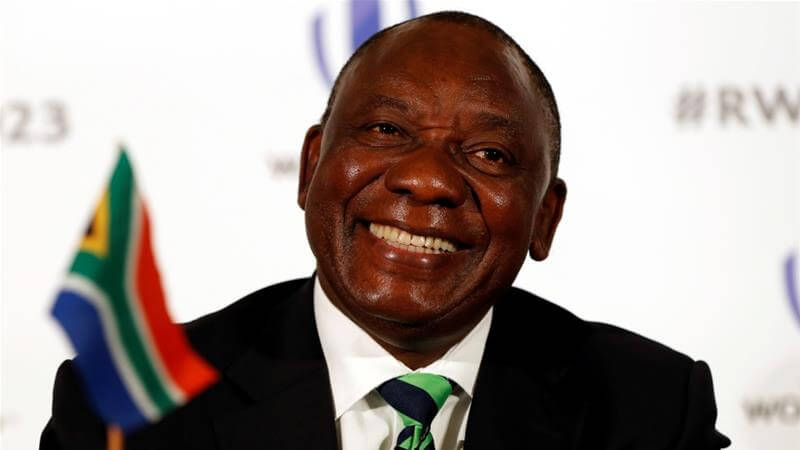 Yes Ramaphosa Was Booed … But …

There has been unrest in South Africa due to reports that jobs were being taken by foreigners from Nigeria and other states. Since the end of Apartheid in South Africa there has been impatience at the rate of change as it relates to the transfer of wealth and other resources to the black masses. Also there is the reality that unemployment has been very high … reported to be in the region of 30+ percent. In short jobs are a scarce commodity and this has led to violent clashes, injuries and even deaths. It is a classical case of “Hostile tribes being in conflict over scarce benefits and spoils”. Wilmot ‘Motty’ Perkins, late Talk Show Host, Jamaica W.I. made this comment. There have been as stated above deaths as a result of these clashes.

It is with this background/backdrop that the masses were responding in a hostile way when Ramaphosa came to speak at the podium at Mugabe’s Thanksgiving Service. It was not known if there was the perception that the South African authorities were complicit in these attacks. Anger was being vented. Were Zimbabweans also victims of these job riots? We are not sure … we have no evidence to support such.

Ramaphosa immediately apologized and got resounding cheers from the grief stricken masses.

Role of the media …

It would in my view be quite appropriate and the proper thing to do for the media to have carried the whole truth and nothing but the truth as to what unfolded on that fateful day in Harare. The media must be fair to all and be balanced. Our job is to report the facts and let the chips fall where they may without fear or favour. We have a solemn trust which we should not betray.

Here is Ramaphosa coming to celebrate the life of a liberator, a person who dedicated his life for the fight against racism, having fought against white rule and believe that Africa for Africans, whose life was being celebrated … an all African man. Then one Ramaphosa of South Africa enters on centre stage where it appears to be a little more than perception that Xenophobia is being practiced. This in my perspective is likely the root cause of the boeing.

We do not condone such atrocities, but can understand the anger. As black people we need to be seen as being more caring to our brothers and sisters. Both South Africa and Zimbabwe had to take up arms against racists/white supremacy. These white minority regimes were eventually dislodged.

We regret the boeing that President Cyril Ramaphosa was subjected to. He did the right thing by apologizing … it was the only proper thing to do. Ramaphosa should be commended for his graciousness and swift response. One needs to understand the underlying factors.

He was lavish in his praise of Mugabe. This was well received and he was duly applauded by all. Do not forget that former First Lady, Grace Mugabe was a South African by birth who migrated to Zimbabwe.

This was my attempt to analyze the events as the thirsty headline stating that Ramaphosa was booed needed to be explained further. Hopefully this was done. We would appreciate your feedback. Please feel free to disagree. We do not condone disrespect and therefore this is not an endorsement of the boeing. We listened to Ramaphosa’s speech and did hear the heckling/boeing and subsequent applause after his apology condemning the perception of xenophobia in his homeland South Africa.