Statement from the Minister of Community Safety and Correctional Services 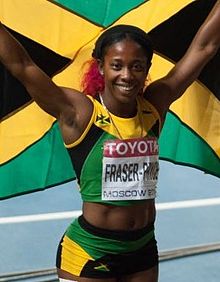 My recent unexpected meeting with Shelly-Frazer Pryce and her refusal to grant an interview or have her picture taken according to her and her “Hench people” not only leaves a bitter taste in the mouth but raises many questions. Questions like:  (1) How so called celebrities see themselves and their media/ public image? (2) Do you not naturally surrender your privacy for stardom?

Doctor The Honourable Usain St. Leo Bolt is undisputedly the greatest sprinter, statesman and poster boy of the sporting world, especially track and field … like Shelly-Ann, he is the darling of the media and is adored by fans of all ages, creeds, nationality and skin tones. He is open, personable, approachable and articulate. Usain Bolt is a hard act to follow. To really learn to deal with the media, Bolt’s formula needs to be studied and possibly copied.

Even if you see Usain off the track he is always willing to positively interact. He is a real role model.

Fans can be quite demanding on persons they perceive as their stars or role models. Some fans even name their children and wards off these stars. Being a role model places a lot of pressure on those in the public eye and those seen as their stars. You have a responsibility to be there for your fans. Get training as how to relate.

It is in this context that the recent apparent snob by Olympian Shelly-Ann to the international media should be viewed.  In the final analysis you be the judge as to how to think about those elevated by us as stars should conduct themselves especially when in the public domain or when interfacing with the media. It is good to look nice with a lovely smile and neat named brand clothes or the latest hairstyle … but it is even better to be nice by being sensitive as to how you are perceived.

This is our perspective, what is yours. Let us hear from you. To much is give much is expected.