PERSPECTIVE: We Hail The Police High Command … As 5 Police From Mobile Reserves Are Arrested … 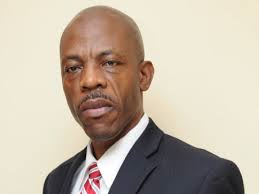 The arrest of five Police Officers as a result of the shooting up of a taxi in Down Town Kingston Friday last. There has been loud public outcry since the wreck less shooting. A school girl was shot in the head in a taxi allegedly by police.

Utterance from INDECOM that it was assisted in the investigation by the POLICE HIGH COMMAND is commendable. It demonstrates that there is hope. Hope that moral leadership is taking over from the entrenched squaddie mentality/culture which like cancer is slowly killing, tarnishing the image and good name of the police force.

The recent Tivoli Enquiry Report has pointed to poor conduct of the leadership of the Mobile Reserves … among the findings is that an Assistant Commissioner, who headed the Mobile Reserves be not allowed to again lead “internal security operations.”

This is a serious indictment on the quality of leadership if not judgment of these top leaders.

To the Commissioner Dr. Karl Williams and the Police High Command we say congrats on your leadership … much damaged image has been restored by cooperating with INDECOM which has led to the arrest of 5 police officers.

This is a new day we can all be proud of. Let it not be the last.