We Need To Take The Cannabis Industry More Seriously 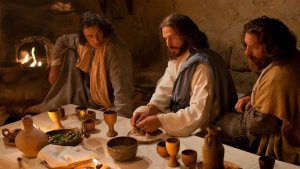 Resurrection gave us a second chance.  Judas was consumed with pride having sold Jesus for forty pieces of silver.

On the day of Pentecost Peter stood up with the finest oratory which led to the conversion of three thousand  (3000) persons.  Peter was crucified upside down as he felt he was not worthy to be crucified like the Christ. Despite denying Christ three times. He had great love for the church and Jesus Christ.

On this Resurrection Sunday let us remember that we can refer to the crucified Christ, as the person who provided a second chance.

Jesus gave us that second chance

He gave David repentance after he fell for Basheiba.

He is waiting for you to return if you are a backslider. Jesus extends unconditional love to us all.

Will you accept God’s offer for a second chance as it relates to and is provided by His resurrection?

These are some of the pressing issues we must contend with as we consider the impact of the Resurrected Christ.  The Second Chance that it provides us should we decide to repent.  There is no restoration without repentance.

It is only natural for the disciples to have felt afraid after the Crucifixion of their leader Jesus Christ. You will recall that when they met for the last time at Supper they closed the meeting hall slam shut for fear of the Jews.  So from then there was great apprehension.  The death of Jesus Christ in such a brutal manner would heighten their fear level. They may have been wondering who next would be targeted to be killed. Then if that was not enough, there came the discovery of the empty tomb. Who would have stolen Jesus’ body?  This could have been the thinking.

It is in this context that Peter’s denial of Christ must be viewed.  Who would want to be identified with a “wanted man” so to speak.  Jesus had created many enemies by his stellar deeds of curing the sick, restoring sight to the blind, making  the deaf to hear, stopping a woman from bleeding to death, curing the Leppar and raising the dead back to life.

These miracles were unheard of and although Jesus told them to tell no one the news was Breaking News, so it spread rapidly.  Jesus was a marked man. He had disturbed the status quo. He was likely seen as a trouble maker.

Hopeton O’Connor-Dennie is a veteran journalist with a wide range of experiences. He has International exposure.