Phase one construction of the tuition-free school, being spearheaded by charity organization, Christel House Jamaica, is slated for completion by June.

The institution is being built in St. Catherine at a cost of US$10 million with funding support from the United States-based parent body, Christel House International. 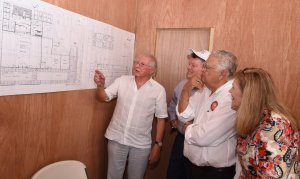 The first phase entails building out of the kindergarten block through to grade six. Phase two, which involves the erection of the secondary school block – grades seven to 13 – is slated to start in five years.

The development is being executed on a phased basis to facilitate the school’s growth over time.

Minister without Portfolio with responsibility for Education, Youth and Information, Hon. Karl Samuda, who toured the project site on Friday (January 10), told JIS News that the Government welcomes the undertaking.

“I think it is a gesture that is one of a kind and will serve Jamaica in an extraordinary way… when we are focusing on the development of our greatest [resource] – our human asset,” he said

The Minister noted that the focus on attaining higher levels of sustainable inclusive growth will not be fully realized “unless those who make it work are educated”.

In this regard, Mr. Samuda said the school’s development marks “the beginning of an extraordinary experience” in support of this thrust.

Meanwhile, Christel House International’s Senior Vice President, Treasurer and Chief Financial Officer, Joseph Schneider, said the organization is proud to have been able to pilot the project in Jamaica, noting that the school will significantly benefit children in Spanish Town and its environs.

“What we are seeing today is construction that is almost half way complete [with] lots of work still to [come] to have this school ready to operate in the upcoming school year 2020/2021,” he informed.

Mr. Schneider said the first year of operations will involve the enrolment of students at the kindergarten level through to grade two, pointing out that “this will see 180 children being served”.

“This is a huge project. This school is going to be here forever; and, perhaps, one of the best gifts that you can give to a country like Jamaica is education,” she said.

The institution will cater to 840 students, aged four to 18, from communities deemed underserved. It is being built on approximately 10.4 acres of land in Twickenham Park, Spanish Town.

Its development is being facilitated by the Government under a memorandum of understanding (MOU) signed in March 2019 between the Ministry of Education, Youth and Information and Christel House International, which is headquartered in Indianapolis, Indiana. 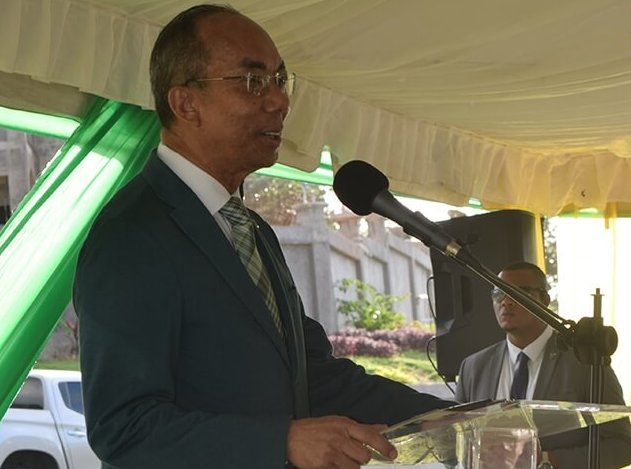 Minister of National Security, Hon. Dr. Horace Chang, addresses the gathering at the roundabout at Ironshore, St. James, commemorating the renaming of Quebec Avenue as the Dr. Horace Chang Boulevard on January 9.