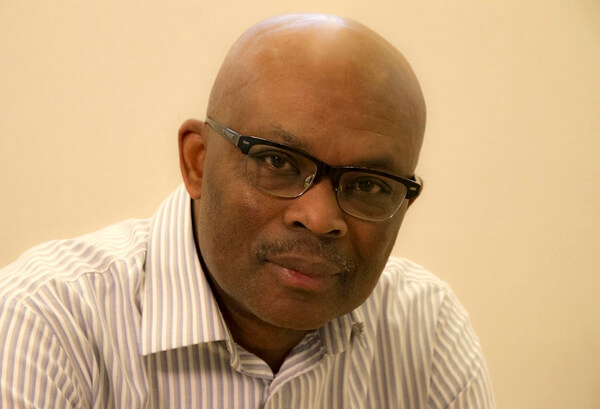 On October 8, filmmaker and NFB Pacific and Yukon Studio producer Selwyn Jacob received this honour from Dalhousie University in recognition of his outstanding contributions.

Since the early 1980s, Jacob’s work has explored the experiences of Black Canadians as well as other stories from Canada’s multicultural communities; first as a trailblazing independent director―and the first Black Albertan director―and then as a producer with the NFB in Vancouver.

Originally from Trinidad, Jacob came to Canada in 1968 to attend the University of Alberta in Edmonton. After graduation, Jacob completed a master’s degree in film studies at the University of Southern California School of Cinematic Arts.

His first documentary film was We Remember Amber Valley (1984), about Black immigrants from Oklahoma who settled in Alberta’s Amber Valley. Subsequent films include the award-winning NFB documentaries Carol’s Mirror (1991), about race and culture in the classroom, as well as The Road Taken (1996), about the experiences of Black Canadian sleeping-car porters, which received the Canada Award at the 1998 Gemini Awards.

Since joining the Pacific and Yukon Studio as a producer in 1997, Jacob has produced such acclaimed NFB works as Cheryl Foggo’s The Journey of Lesra Martin, a 2002 documentary about a Canadian youth who helped to free Rubin “Hurricane” Carter; Ling Chiu’s From Harling Point (2003), about the first Chinese cemetery in Canada; Mighty Jerome (2010), Charles Officer’s Leo- and Emmy-award-winning portrait of Black Vancouver track-and-field star Harry Jerome; as well as Inuvialuit filmmaker Dennis Allen’s Crazywater, a 2013 exploration of substance abuse among First Nations people.

Mina Shum’s feature documentary Ninth Floor, about the Sir George Williams Riot of 1969, was a story that Jacob had wanted to bring to the screen for decades, since his own student days. The 2015 film was selected to TIFF’s annual top ten list of the best Canadian films of the year. Jacob’s most recent productions include another award-winning feature doc, Baljit Sangra’s 2019 Because We Are Girls.

The NFB is Canada’s public producer of award-winning creative documentaries, auteur animation, interactive stories and participatory experiences. NFB producers are embedded in communities across the country, from St. John’s to Vancouver, working with talented creators on innovative and socially relevant projects. The NFB is a leader in gender equity in film and digital media production, and is working to strengthen Indigenous-led production, guided by the recommendations of Canada’s Truth and Reconciliation Commission. NFB productions have won over 7,000 awards, including 24 Canadian Screen Awards, 21 Webbys, 12 Oscars and more than 100 Genies. To access this award-winning content and discover the work of NFB creators, visit NFB.ca, download its apps for mobile devices or visit NFB Pause.