Ammoye sings of love, life and justice – a lightworker and a soul rebel. 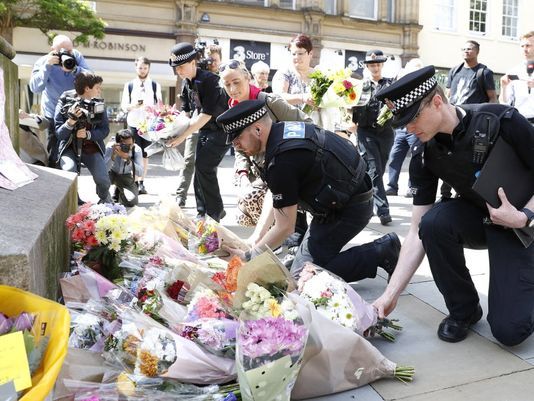 Prime Minister Andrew Holness wrote to the British Prime Minister Theresa May to extend condolences to the people of the United Kingdom following a terrorist attack in the city of Manchester last evening.

Yesterday, news emerged that there was an explosion at an arena in the city of Manchester where thousands of persons, particularly young people, had been attending a concert.

“It was with both a great sense of shock and profound sadness that I learnt of what has now been confirmed to be yet another callous and vicious terrorist attack on the people of the United Kingdom. The Government and people of Jamaica join me in extending our deepest condolences to the Government and people of the United Kingdom, especially to the families of those who were killed and the scores who have been injured, resulting from this senseless attack on innocent persons,” said Prime Minister Holness.

The prime minister condemned the attack, saying that “no attack on people at any time, in any part the world is acceptable.”

He said Jamaica stands firmly with the people of the UK and pledged the country’s support in assisting in the fight against terrorism.

“My Government and its people commit to support every collective effort at the national, regional, hemispheric and international levels to fight this scourge of terrorism that threatens the attainment of our development goals and most importantly our human existence,” said the prime minister.

Prime Minister Holness also saluted the courage of the city officials and the people of Manchester who displayed great selflessness and generosity of spirit in the face of danger.

He said Jamaica will continue to pray for the people of the UK during this difficult time.

Article by: The Office of the Prime Minister
Photo from: www.usatoday.com