PERSPECTIVE: Never Again Shall Jamaicans Be Taken For Granted … Be Disrespected … By Any Politician

PM Holness flanked by outrides arrives to office at 7 AM 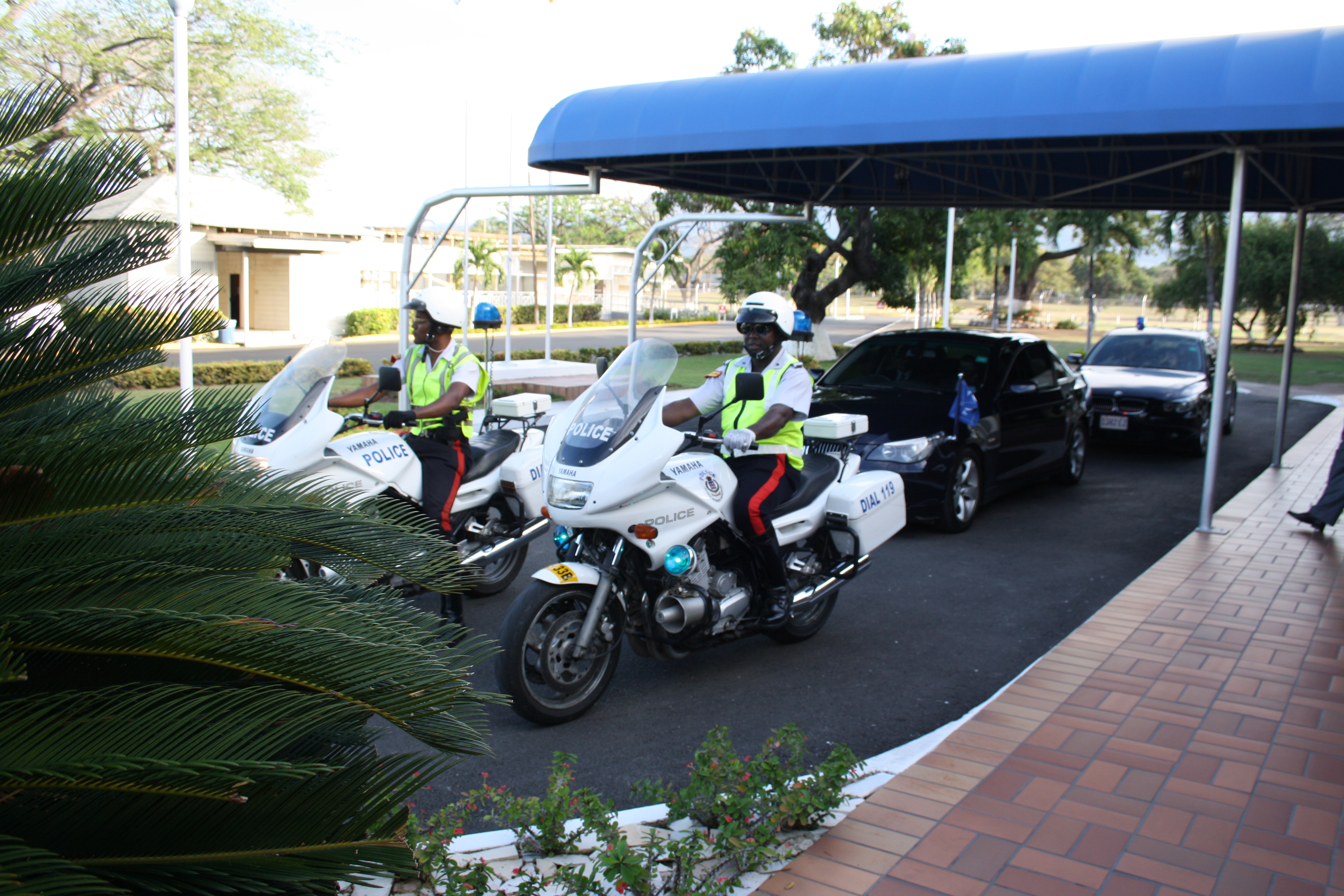 Despite the existence of the Official state news gathering entity Vision was the only media present to capture the arrival of the Prime Minister Andrew Michael Holness, at his office at Jamaica House after his inauguration on March 3, 2016.

The new PM’s arrival is a very important historic fact that should have been anticipated and recorded. In short the JIS dropped the ball.

Jamaica Information Service (JIS) is the government’s official news agency funded by the taxpayer with vast resources to gather and disseminate news to the public and elsewhere on the workings, programmes, plans, including appointments within the government service.
The role of JIS is well known and generally accepted internationally. Also suspected if not the reality is that this information, at times should properly be referred to as “propaganda” in the real sense. Interestingly such an organ exist internationally in one form or another. In Cuba for example there is “Grandma” their state newspaper published by the Cuban government.

The role of Vision and other private sector news gathering entities should never be discounted.

Reports are that JIS went back to JAMAICA HOUSE and asked the PM to pose for a another picture which would give the false impression that this was Holness’ first arrival … if this is true … then this would be “fraudulent” to say the least. We hope the leadership of the JIS would not stoop to such a low level. All they had to do was to ask us for a copy of our picture.

PM Holness said at the swearing in of his cabinet that there is no space for “corruption” in his government.

We hope these reports are false.

What is not false is that Vision’s SIC took the first picture of the PM Holness as he arrived for work on March 4, 2016 after his inauguration.

A high level of integrity in public life is the best if no the only policy to adopt.