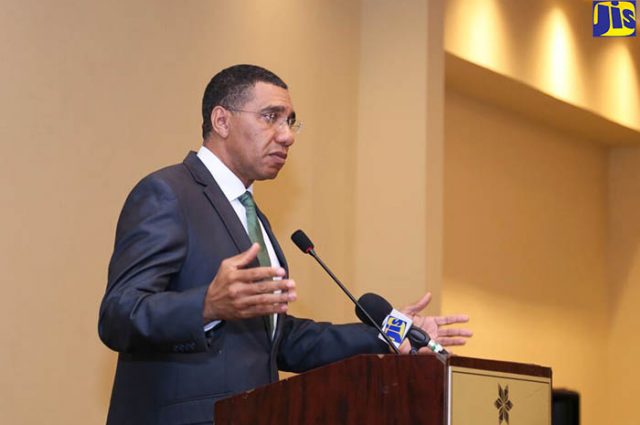 The Prime Minister making his contribution to the 2018/19 budget debate in Parliament.

These solar lamps are to replace open flames which have been secured in the Diaspora and 5000 to date will be distributed by youths as part of LEGGS in the HOPE project/programme.

Another 5000 will be placed in Vector control (mosquito eradication). All unemployed youth 18-24 must engage by law
In National Service … coming soon. There are things young people can do.  Six thousand (6000) will be placed across all constituencies island wide.  Another 1000 in Ministry of Commerce in the area of records verification we call for the support of MPs. A loan of 40 million has been secured for the development of records and digital upgrading of government records.

Some 220 + 220 batches … to a total of 440 have been trained in the National Service Corp to be ready by June 2018. They have agreed to be incorporated in the army. Some of these trainees are in active service in the State of Emergency currently being in operation.  They are mainly doing administrative duties in the theatre of operation (s). across Jamaica.

Further details will follow, just stay with Vision Newspaper for the most up to date facts on the 2018/19 budget debate.