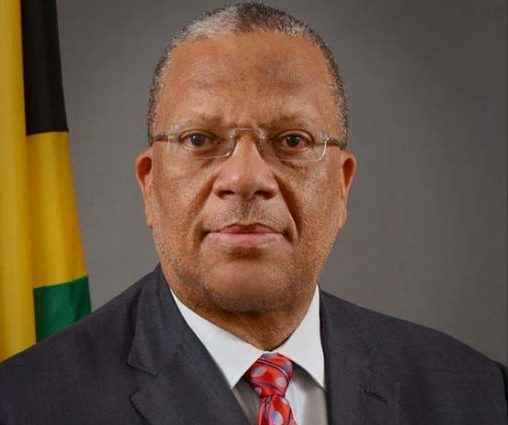 The police has released Monique Hastings the reported intended recipient of a large cache of arms.  She was questioned for three days having been detained from Monday when she turned herself in to the police.  Hastings’ lawyer Mr. O. Smith reported.

“My client’s documents, including passport have been held by police.  They are continuing their investigation.” Mr. Smith confirmed news carried to this effect in the electronic media.

You will recall the a shipment allegedly containing (2 blue barrels) of guns and 265 rounds of ammunition were seized in Miami, Florida USA by border security in about mid November 2017 during a routine inspection.  The gun find was replaced by other items as the criminal investigation proceeded … it was marked “personal effects”.  After a three week wait no one came to collect the said two blue barrels.  The matter was later made public.

The PNP subsequently issued a release in what appeared to be an attempt at damage control as their sitting councilor’s (Michael Troupe, Granville Division) ex-employee was implicated in the arms shipment.  Troupe claimed that she left his employment three months ago. Official records reveal otherwise .. less than two months (November 2017). Cheque payment for work done for J$25,000 which was encashed having allegedly been approved  by Troupe for wages. The matter is being investigated by the mayor of the St. James Municipality. Is the PNP implicated?

We await investigation, said to be ordered by Hon Desmond McKenzie, Local Government Minister, under whom islandwide Municipalities fall.

What a tangled web. Was the arms intended to be used to bring down the JLP led Holness Government? We may never know the answer. You will recall an alleged assassination attempt (AK47 weapons) at the life of Holness in St. James during election campaign leading up to February 2016 General Elections.

This is a messy situation indeed.