Police Encouraged to Use Preventative Detention 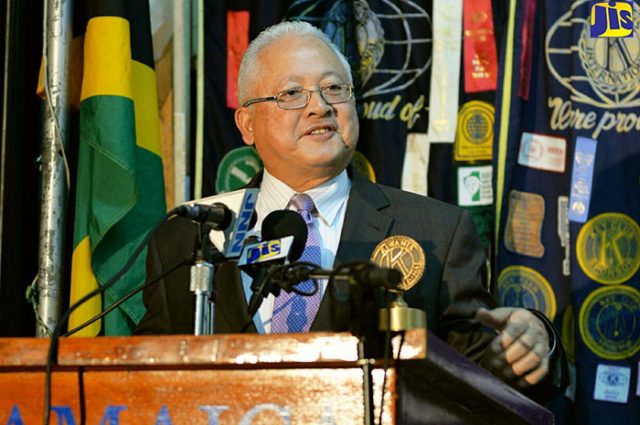 Justice Minister, Hon. Delroy Chuck, is encouraging members of the Jamaica Constabulary Force (JCF) to utilise preventative detention as a means to reduce the likelihood of a crime being committed.

Mr. Chuck’s encouragement follows the announcement by Prime Minister, the Most Hon. Andrew Holness and Attorney General, Hon. Marlene Malahoo Forte, on February 8, for the use of preventative detention as part of the Government’s crime strategy.

The practice essentially requires an individual, or set of individuals, to be held in jail or an institution because he or she is regarded as a danger to the community.

“That is what we have been saying, for the police to be engaged in more proactive policing. Try and get the intelligence to anticipate the likelihood of the crime being committed and… intervene before the people engage in violence. That is essentially what preventative detention is about,” Mr. Chuck said.

He was addressing a recent meeting of the Kiwanis Club of North. St. Andrew, at the Police Officers’ Club, on Hope Road.

The Minister noted that since the announcement was made for the use of the practice, there has been debate surrounding its lawfulness and whether it is constitutional.

However, Mr. Chuck explained that the practice is a function of a police constable under Common Law.

“Anyone who knows the Common Law would know that preventative detention is a common-law activity. In fact, it has been and has always been a part of a constable’s power. He must have that power to maintain the peace,” the Minister emphasised.

Mr. Chuck pointed to two cases of preventative detention being used around the world as well as a recent case involving the decision taken by the United Kingdom’s Supreme Court to make it a part of the police’s arsenal.

He indicated that preventative detention does not necessarily require jailing the offender, but to institute a curfew for an individual to remain within the confines of his or her home.

Mr. Chuck also mentioned the discussions he has heard from the Director of Public Prosecutions, Paula Llewellyn, surrounding preventative detention.

“She emphasised that if the police were engaged in preventative detention more often, many of the cases she has had to prosecute wouldn’t have come, because so often people go to the police that they have been assaulted or threatened and… nothing is done,” he said.

The Minister acknowledged that preventative detention can be used to stem crimes associated with gang violence and domestic violence.