Case of sexually transmitted Zika is confirmed in Texas

Poll: Most Haitians would vote if they saw elections as fair 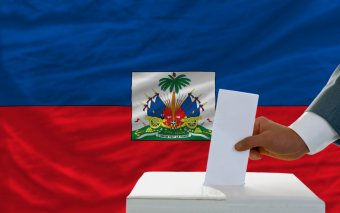 PORT-AU-PRINCE, Haiti _ A poll released Wednesday by an independent research group says most Haitians would vote if they had confidence that elections were fair and suggests there was even weaker turnout in last year’s balloting than officially reported.

The Brazil-based Igarape Institute, which has conducted social science polling in Haiti for over a decade, said teams of “university-educated Haitians” conducted a survey about electoral issues with 1,766 randomly sampled adults across the country Jan. 17-22. It had a margin of error of about three percentage points.

The poll was done shortly before Jan. 24 presidential and legislative runoff elections were postponed indefinitely 48 hours before their start amid violent protests and suspicions of “massive fraud” in October’s first round in favour of the outgoing president’s chosen successor.

Among the findings, the researchers said responses show that while there is deep voter disenchantment in Haiti some three-quarters of respondents would vote if they were convinced the process was fair.

“Democracy needs to be done right. It can’t be controlled and manipulated by either external influences or powerful elites within Haiti. Democracy will work in Haiti but it needs to be one vote for one person,” she said.

Haitians who stayed away from the polls this electoral cycle have ticked off numerous grievances to The Associated Press: A lack of inspiring candidates; exasperation with broken promises and political infighting; suspicions that electoral officials will falsify results.

According to Haiti’s Provisional Electoral Council, roughly 26 per cent of Haiti’s 5.8 million registered voters turned out for the Oct. 25 elections. But only 285 respondents, or 19.5 per cent of voters, indicated to Igarape pollsters that they participated.

Haitian observer groups suspect most of the votes on Oct. 25 were cast by “mandataires,” political party representatives told to be at polling stations.

An observer mission from the Organization of American States noted some “irregularities” after that vote but concluded that preliminary results appeared to be in line with what they saw on election day.

Official results said ruling party candidate Jovenel Moise got some 33 per cent of the vote, putting him in a runoff with second-place finisher Jude Celestin. Celestin, the opposition candidate, said there was “massive fraud.”

James Morrell, director of the Washington-based research group Haiti Democracy Project, noted that charges of rampant fraud have arisen after many Haitian elections, notably in the 2000, 2006 and 2010 cycles. But his organization’s 180 election monitors saw relatively few irregularities in October and he believes Moise is the legitimate leading candidate.

Haiti’s electoral council repeatedly rejected calls for a recount or a verification of their tally.

Now, Haitian officials are struggling to resolve a political and constitutional crisis before the scheduled end of President Michel Martell’s term this weekend.

A report that Kolbe wrote roughly a decade ago about Haiti in the British medical journal The Lancet was investigated to determine if her research was biased since she had written previous articles about the country under a different name and volunteered at an orphanage founded by ex-President Jean-Bertrand Aristide. The prestigious journal found no evidence of bias and said it had confidence in the findings as published.

The newly released Igarape report, which is the second focusing on Haitian elections in recent months, was co-authored by Robert Muggah, research director of the institute.