Portmore To Be Jamaica’s Fifteenth Parish

Portmore is to become Jamaica’s fifteenth Parish and the first since 1867. It has a population of 250,000 persons.

Speaking on “Time Line” which is a feature of “Ciff Hughes On Line” Cliff Hughes said inter alia: 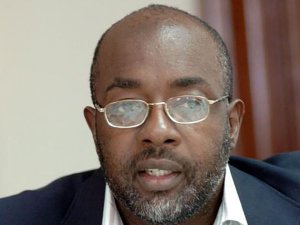 “The area of potential development for the Portmore area has not been focussed on in the debate on Portmore. They have been looking at present status and not look down the road. There is need for factories and other development objectives.”

Stated Cliff Hughes as he commented on a debate by MP Fitz Jackson and Dr. A. Wheatley MP and chair of the Committee chairing the Portmore Parish status.

Parliament on Tuesday last February 1, 2022, adopted a motion giving their approval of a report by Dr. Andrew Wheatley MP, who chaired the committee working on the Parish status for Portmore to finally becoming a Parish. This decision is as much as having been done.

The People’s National Party (PNP) once made this move by setting up a Municipality from 2003 and are now opposed to same. They are no longer incharge of the government. The Jamaica Labour Party (JLP) is now incharge. Is this politics at play? PNP’s MP, Fitz Jackson asks:

“Why the mad rush, it is a political move? 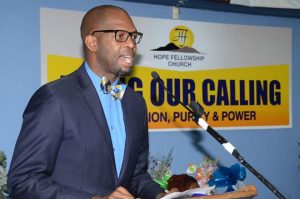 Photo: Senior Advisor in the Ministry of Education, Youth and Information, Robert Miller

Speaking in Parliament August 1,:2022, in support of Portmore becoming the 15th Parish in Jamaica. He said inter alia:

“The people of Portmore voted in two out of three (3) MPs and sent them to Parliament. They voted for Portmore to be a Parish. Virtual and other Town Halls were held due to the pandemic, we note that 95 percent supported such a move. If they wished otherwise they would not have voted so overwhelmingly for the changes. The PNP previously had all the (3) three seats in Portmore prior to voting in the 2020 General Elections. I live in the area and wish this to happen.”

Mr. Orlando Terrilongue MP, for the JLP, a MP in Portmore, was also supportive of Portmore becoming a Parish. He said inter alia:

“250, 000 persons live in Portmore. Roads and other infrastructure works are being planned and will be done”

Portmore has as much as, if not a larger population than the Republic of Barbados. The area in land mass is almost, if not equal to that of Barbados also. Portmore is more than suited to be a Parish. We support the Parish status for Portmore.

A market, a hospital and court house are needed for Portmore. Ministry of Health says 10 miles from the nearest health facility is the criteria for a hospital. This is a historic move, especially in Jamaica’s 60th year (Jubilee Year) as an independent nation. This will happen starting on the 6th August, 2022.

Where the Capital for the Portmore Parish will be, is left to be decided? We hope the PNP is not playing politics in opposing Portmore becoming a Parish. We hope not … as this would be a shame, if not most disappointing, to say the least.