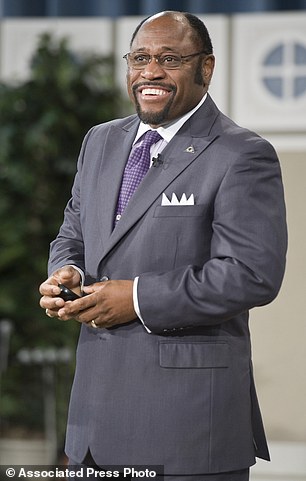 NASSAU, Bahamas _ Bad weather appears to have been a major factor in a small plane crash in the Bahamas that killed a prominent Christian minister and eight other people, according to a report released Tuesday.

The Learjet carrying the Rev. Myles Munroe and members of his Bahamas Faith Ministries had been forced to abort its initial landing Nov. 9 because of heavy rain and reduced visibility as a storm front passed over the island chain, the country’s Department of Civil Aviation said in its preliminary report on the crash.

The jet struck a shipping crane at the Grand Bahama shipyard to the airport while trying to land on its second approach, causing it to lose a portion of a wing and its fuel tank. The plane then plunged to the ground in an adjacent recycling plant.

The crash killed everyone on board, including Munroe’s wife; the pastor considered second-in-command at Bahamas Faith Ministries, Richard Pinder; the group’s youth minister and his wife and young child.

The 60-year-old Munroe, an author and influential pastor, and his entourage were making the half-hour flight from Nassau to Grand Bahama to attend the 2014 Global Leadership Forum that he organized.

The report cited no other obvious factors but the crash remains under investigation. The cockpit voice recorder and engine control monitors were sent to the U.S. National Transportation Safety Board for analysis, the report said.