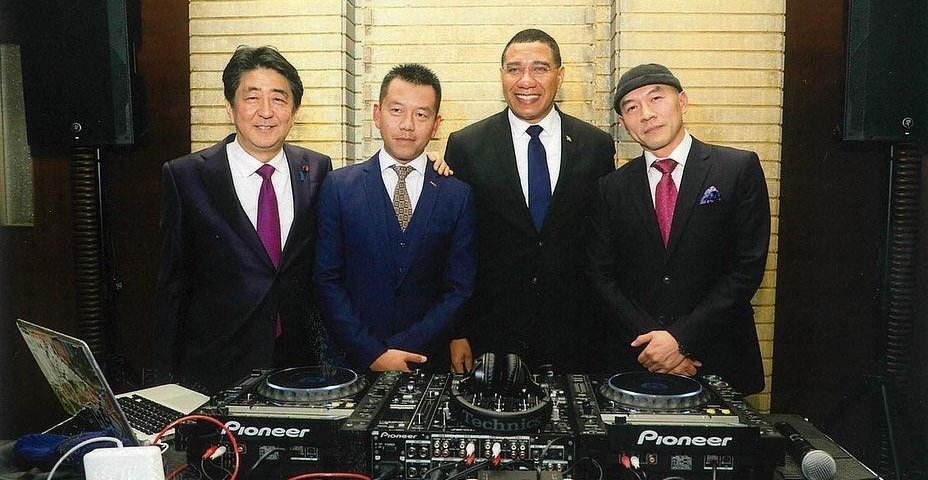 Kingston, Jamaica — December 2019 (Irish and Chin) — The internationally renowned Mighty Crown sound system has amassed quite the impressive list of accomplishments over the years. But their latest milestone is surely the most phenomenal of them all! 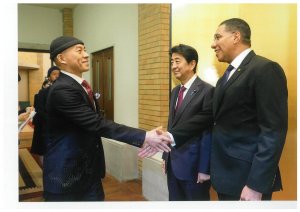 Quite the honor, the “Far East Rulaz” were hand picked by Japan’s Prime Minister Shinzō Abe to attend and perform at an exclusive, invite only dinner welcoming Jamaica’s Prime Minister Andrew Michael Holness, ON, MP to Japan. Introduced to the visiting Holness as “The 1999 World Clash Champions” by Prime Minister Abe, the political leaders took no time to chat with Mighty Crown about their legacy and how much Jamaican music and culture has impacted their personal and professional lives. The popular sound system emphasized that Jamaica’s beloved Reggae and Dancehall have left an indelible mark on Japan.

As the first sound system/DJs to perform at Prime Minister
Shinzō Abe’s home, Mighty Crown had a lot to say about the opportunity.
“It’s such a big deal to be in the company  of Japan and Jamaica’s top political leaders. Our hard work really shines and comes full circle with this honor.”
“To have the Prime Ministers call the name Mighty Crown from their mouths and salute us was just crazy,” Sami T adds. 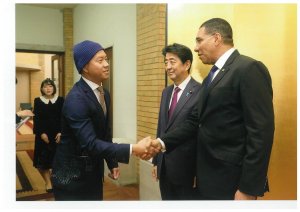 Much to their credit, Mighty Crown has made it their mission to unify Japan and Jamaica through music over the course of their long running career. Building a reputable sound system, business and brand on their love of Reggae and Dancehall music, Mighty Crown has continually promoted Jamaica’s indigenous culture in Japan and through out the world. Their annual stadium show, themed concerts, sound clashes in conjunction with Irish and Chin, and events feature the best of the best of Jamaican artists and sounds.

Mighty Crown culminated their attendance with an explosive set of Reggae and Dancehall music, playing selections from Bob Marley, Beres Hammond and Richie Stephens. And they musically introduced Prime Minister Abe to the “Crown Prince of Reggae” Dennis Brown. But it was when the “Far East Rulaz” dropped Koffee’s anthem “Toast” that both Prime Ministers began dancing and proceeded to the DJ booth, which is how the photos came about. The night’s climactic moment genuinely demonstrated how music can transcend cultural boundaries.
Prime Minister Holness’ visit to Japan commemorates a vibrant cultural exchange and mutual respect the two countries have for each other. Japan is set for a massive international presence, as they will host the 2020 Summer Olympics.