Violence Against Women In Jamaica is on the DECLINE.

Prince Phillip has Fallen from His Formidable Throne at age 99. 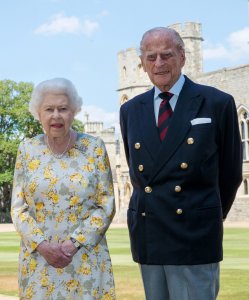 It is with deep sadness that we report the death of Prince Phillip who was married to Queen Elizabeth 2.  They were married in 1947 and he is the longest serving consort on record.

Prince Phillip came into public attention recently when he had a motor vehicle accident. As a result he surrendered his driving permit.  His indifference to the impact of his error did not win the Prince many friends.

He was hospitalized about two weeks ago for what was described as breathing difficulties.  We mourn his loss.  He was not always very popular with the media.

We offer our deep sympathy to Queen Elizabeth and her family.  They had four children.  The queen has served as head of the Commonwealth for years. She has been queen since her Coronation in 1952.  She is possibly the longest serving monarch in the world.

May Prince Phillip’s soul rest in peace and light perpetual shine on him.

Hopeton O’Connor-Dennie is a royal watcher.  He is a veteran journalist who has International exposure.