Protesters march to demand elections and new leaders in Haiti, clash with police in capital 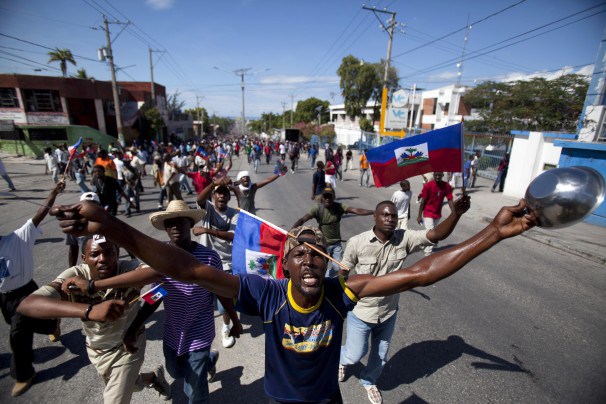 PORT-AU-PRINCE, Haiti _ Thousands of people marched through Haiti‘s capital Friday demanding that long-delayed elections be held and calling for the president and prime minister to resign.

Protesters in Port-au-Prince burned tires and threw rocks at police, who responded with tear gas. No deaths or major injuries were reported.

It was Haiti‘s third anti-government protest in about a month and the first one in recent years to push through the security perimeter at the National Palace.

Some protesters carried pictures of Russian President Vladimir Putin asking him for help. They accused the U.S. of supporting Haiti‘s current leaders although Washington has pushed Haiti‘s government to hold the elections.

President Michel Martelly was supposed to call elections in 2011 for a majority of Senate seats, the entire Chamber of Deputies and local offices. But both he and Prime Minister Laurent Lamothe have accused six legislators of blocking the vote by preventing a quorum to approve an electoral law.