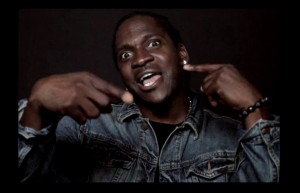 My Name Is My Name could’ve sold anywhere from 30,000 to 115,000 records; literally any and everybody’s prediction could’ve been validated by any number of variables. The low-sales predictions could be due to the lack of Pusha Trecords that have charted and garnered major radio play (most of Pusha T’s airtime has come from G.O.O.D. Music records and feature verses, rather than his solo material), and the higher-end predictions could be due to the fact that…well…#EVERYTHINGISPUSHAT. Falling right in the middle are the actual numbers, which happen to be 75,000 copies of his first solo album moved in their first week on the shelf. Off the strength of just being Pusha T, “Numbers On The Board” and the Kendrick Lamar-featured “Nosetalgia”, My Name Is My Name went from forgotten former-summer release to one of the 4th quarter’s most prized posessions, and congratulations to Pusha T & the G.O.O.D Music camp for a successful album campaign.

For the original report go to http://thesource.com/2013/10/15/pusha-ts-my-name-is-my-name-sales-numbers-are-in/