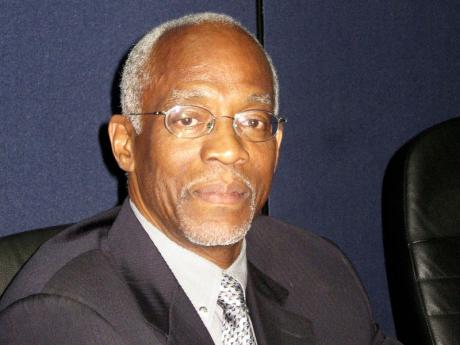 Photo of Hugh Small (The Gleaner)

Former PNP MP Hugh Small QC has entered publicly the debate on the MP George Wright issue.  He accused the JLP administration of conducting itself in a herd-like manner.

Standing Order 81 Subsection 5 states that If a member is absent for 6 consecutive sittings of the House, it allows for suspension.

Do you believe there is a credible basis for suspension?

There seems to be no section of the standing orders that calls for this.

There was a caucus meeting of the JLP in which it appears MP Wright asked the PM for a leave of absence.

The House can ask the Speaker to disclose what was in the leave of absence request letter.

How Objective is Small?

Hugh Small said on radio during an interview this morning inter alia:

“The Speaker MP Dalrymple Philibert has a constitutional responsibility to disclose to the full Parliament the contents of the letter sent by MP George Wright seeking leave of absence. “

The real question is can QC Hugh Small be seen as objective in his comments. For example when asked by the reporter if MP George Wright should be expelled from Parliament?

“The Parliament has no such power.”

Should George Wright be expelled from Parliament?

He did not give a definitive answer, but opined that:

The journalists did not even challenge the former PNP MP whom for all intent and purposes could very well be speaking as a PNP activist or sympathizer.

On what basis or capacity did he speak to these reporters?  If he did so as a lawyer as the uninformed public may be expecting him to do, then he would not have wanted George Wright, if he were his client, to surrender his constitutional rights on very poor if not unreliable evidence. Hugh Small’s utterances should therefore be dismissed as just hot air or a lot of noise.

Small’s opinion would be a gross dereliction of duty to his professional stature as a respected legal luminary.  He is a member of the Queen’s Council. This designation is the highest accolade a lawyer can get from their profession.  We should therefore in all honesty dismiss Hugh Small’s comments as we would treat an ordinary man at a taxi stand commenting on a legal matter.

Speaker Of The House MP Dalrymple Philibert disclosed publicly that she did approve a leave of absence for two months to May 20, 2021 for embattled MP George Wright.

She had no obligation to disclose this to anyone, but acted for her own reasons.

“I decided to do so in the interest of transparency.  The standing orders does not mandate me to do so but I have nothing to hide”

Justice Minister Delroy Chuck was livid and made his position very clear as he blasted the Speaker. Chuck, a former speaker said he would not have disclosed the contents of the leave of absence granted to MP George Wright.

Why did the speaker bow to PNP pressure tactics? Did she undermine the integrity of her office?  As usual the verdict is yours.

Hopeton O’Connor-Dennie is a veteran journalist who has a keen in politics & sound management.