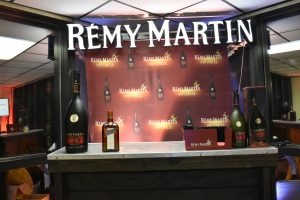 Despite the torrential rainfall all day last Sunday in Kingston, the Queens Of Reggae Island Honourary Ceremonies – QORIHC was a beaming success.

The event was off to a later than planned start, however, once QORIHC began at the Courtleigh Auditorium in New Kingston, it was clear the second staging of this event would make its mark.

The fanfare began with the entrance of this year’s honourees from an elegant limousine at 6pm, continuing with the full VIP treatment courtesy of major sponsor Remy Martin. 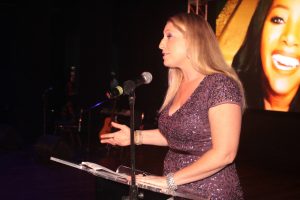 The on stage showcase was next and began with host Francois St Juste welcoming the more than half packed auditorium. Special greetings were then given by former Ambassador Aloun Asamba. The guest speaker for QORIHC 2017 was international radio personality and DJ, Italian based Marci Ruggierro also known as Missy Soprano, she acted as the touring DJ for Dancehall Queen Lady Saw for over 15 years.

Missy spoke about the impact of Jamaican culture on the world and how proud Jamaican females should be in playing their integral role in this industry over the years.

The audience was then treated to intermittent bouts of soulful entertainment by Lymie Murray, Chevaughn and Hezron, in between tributes to 13 women in 11 categories. 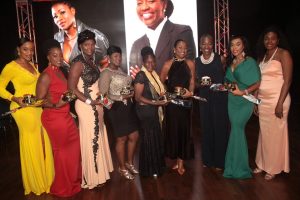 Laurell Nurse, CEO of Nyte Nurse Pro was very pleased with the outcome of this second staging of QORIHC even though a larger audience would have been present If the weather had permitted.

“It’s a growing event and we expect it to continue to grow every time we stage it. QORIHC saw the need to recognize these hard-working women for their contribution to the Jamaican entertainment landscape and overall cultural exposure worldwide while they are alive to enjoy it.” Laurell Nurse explained

Last year’s honourees were also present to collect their actual honorarium designed by acclaimed artiste Garth Sanguenetti, designer of items for US President Obama and the Queen of England.

The event culminated with a spirited and well received performance from Lady G herself.

QORIHC 2018 is set for October 28 and the general public is invited to submit their requests for females who they believe should be honoured at next year’s event. You may send suggestions via email to nytenursepro@gmail.com.