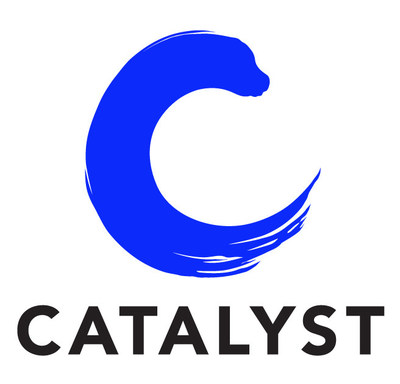 New Research Shows Unfair Treatment of Asian, Black, Latinx and Multiracial Women in US Workplaces Is Detrimental to Both Employees and Companies

In Spite of Challenges, Women of Color Continue to Be Driven to Succeed and Contribute at Work

NEW YORK, Feb. 15, 2018 /PRNewswire-USNewswire/ — Catalyst today released a new report, Day-to-Day Experiences of Emotional Tax Among Women and Men of Color in the Workplace, finding that a majority of women of color—specifically individuals who identify with Asian, Black, Latinx and multiracial backgrounds—experience an “Emotional Tax” in US workplaces affecting their overall health, well-being and ability to thrive. As a result of some workplaces undervaluing their unique contributions, as well as acts of bias or discrimination in society, women of color are in a constant state of being “on guard” because of their gender, race and/or ethnicity.

“Women of color continue to deal with some of the workplace’s most entrenched hurdles, such as pay inequities and near invisibility in top leadership roles, as well as daunting roadblocks that stifle the meaningful dialogue that would help make real progress,” says Dnika J. Travis, PhD, Vice President, Research, Catalyst. “Over time, these daily battles take a heavy toll on women of color, creating a damaging link between their health and the workplace. And because of consequences associated with Emotional Tax, companies must begin to take intentional action to avoid possible harm to their businesses and employees’ health and well-being.”

In addition to examining women of color, the report’s data reveal the Emotional Tax experiences of men of color in US workplaces: over one-quarter of Asian, Black, Latinx and multiracial men who are on guard anticipate bias because of their gender, and, in general, far more experience Emotional Tax. Through its Engaging Men efforts and Men Advocating Real Change community, Catalyst believes men of color may also be penalized for demonstrating “masculine behaviors” such as being assertive—even though they are well-positioned to be allies for gender equality—while White men often are rewarded for exhibiting the same mannerisms.

“Women and men of color have unique talents and valuable creativity that adds up to a highly motivated and talented group of employees. Your employees should not only be fully leveraged to help address the country’s limited pool of talent, but they also bring a wealth of benefits and a competitive edge to companies,” says Deborah Gillis, President and CEO, Catalyst. “In times of talent and skill scarcity, companies must focus inward on employee retention and create inclusive workplaces; otherwise, every business becomes vulnerable to a major talent drain.”

The Day-to-Day Experiences of Emotional Tax Among Women and Men of Color in the Workplace findings are based on a survey of nearly 1,600 professionals working in corporate and non-corporate organizations—including nonprofits, educational institutions or government entities—in the United States at the time of data collection.

The report builds on a previously released Catalyst report, Emotional Tax: How Black Women and Men Pay More at Work and How Leaders Can Take Action (October 2016), focusing only on Black women and men. The term Emotional Tax was coined in the first report by Catalyst researchers Dnika Travis, PhD, Jennifer Thorpe-Moscon, PhD and Courtney McCluney, PhD.

Learn more or download the full report, Day-to-Day Experiences of Emotional Tax Among Women and Men of Color in the Workplace, at catalyst.org.

About Catalyst
Catalyst is a global nonprofit working with some of the world’s most powerful CEOs and leading companies to help build workplaces that work for women. Founded in 1962, Catalyst drives change with pioneering research, practical tools, and proven solutions to accelerate and advance women into leadership—because progress for women is progress for everyone.