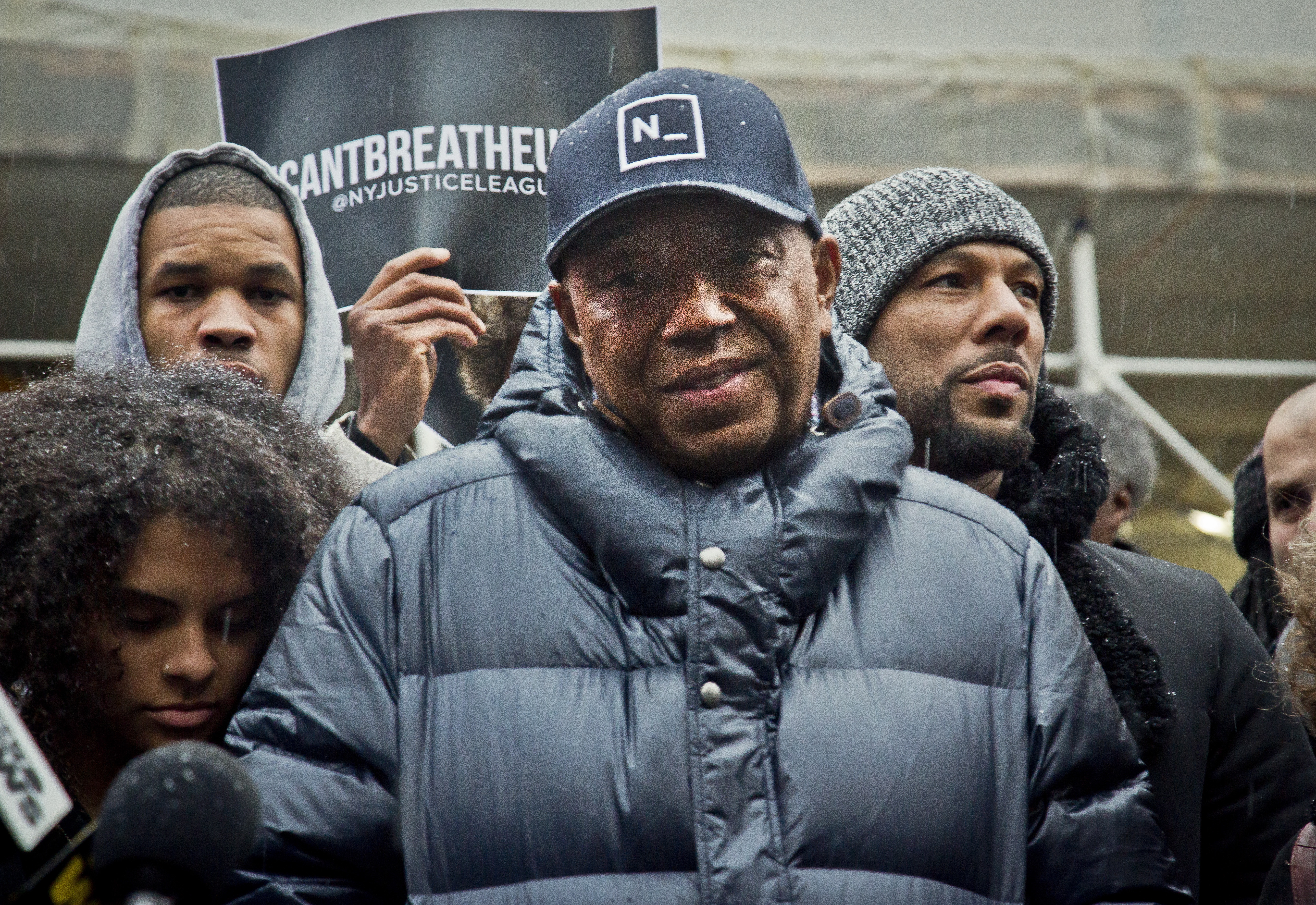 NEW YORK _ Hip-hop moguls Jay Z and Russell Simmons and rapper-actor Common on Wednesday pressed for changes to the state’s criminal justice system amid protests over the killings of unarmed black people by white police officers who weren’t criminally charged.

Simmons and Jay Z discussed reforms with Gov. Andrew Cuomo, and Common joined Simmons later at a City Hall news conference with activists demanding a slate of changes to policing and prosecution.

“We want to promote the end of police protecting police and not prosecuting police,” Simmons said.

In the past two weeks, grand juries have decided not to indict officers in the chokehold death of New Yorker Eric Garner and the fatal shooting of Ferguson, Missouri, teenager Michael Brown. The decisions have unleashed demonstrations and questions about police conduct and whether local prosecutors are the best choice for investigating police, who are often their partners in building cases.

Simmons said Cuomo pledged in a conversation Wednesday to order that special prosecutors, rather than local district attorneys, handle cases of alleged police brutality. It’s an idea protesters have championed, “and we’re going to hold him to it,” Simmons said.

But Cuomo spokeswoman Melissa DeRosa characterized the men’s conversation as a discussion of special prosecutors among a “range of options that could be included” amid criminal justice changes the governor intends to work on passing next year.

Simmons’ representatives didn’t immediately respond to inquiries about the governor’s account of the exchange.

DeRosa noted that Cuomo also has discussed the issue with district attorneys, a police union president, minority lawmakers and others over the last week.

The rapper-activists also have trained their attention on New York City Hall. Simmons spoke this week with Mayor Bill de Blasio, and Simmons and Common lent their voices Wednesday to activist group Justice League NYC’s call for a roster of city and state actions. Those actions include firing officers involved in the Garner case, appointing special prosecutors for that case and others involving police use of force, expediting a federal investigation into Garner’s death and passing a City Council proposal to require police to let people know when they can refuse searches.

Common said America “should be ashamed of itself” over cases like Garner’s.

“We’re going to do everything it takes to change this system,” he said.