TEACHER INDISCIPLINE IN THE CLASSROOM MUST BE ADDRESSED

Dancehall artiste Roger Cassup, aka Razor B, has officially launched his ‘Bak Up’ challenge for the festive season.

The challenge will see dancers from across the globe creating a dance move for his brand new single ‘Bak Up Gyal’ to have the winner or winners take home five hundred Canadian dollars. Razor sees this as an opportunity to give something back to his supporters for the holidays and also a unique way to create a dance move for the new single. 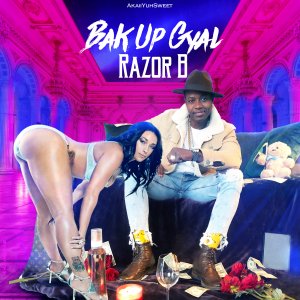 “Every dancer wants to create a dance move because my songs always push out dancers to the world; for the ‘Bak Up Gyal’ song, I decided to make it exciting and make it a competition. Fans will get to be a part of choosing the best dance step to this fast paced single also,” Razor shared

Female fans and professional dancers alike are invited to post a video of themselves showcasing a dance routine to the new single, tag @therealrazorb while using the hashtags #razorb #therealrazorb or #bakupgyal. Razor B will repost these videos on his Instagram page and the video that gets the most likes or comments will win.

Videos must be posted between December 5 and December 20th. The winner will be announced on December 23rd yet already females from around the world have started tagging the artiste in videos with the song on Instagram..

“We will be announcing the winners right before Christmas so they can have a little extra spending money for the holiday. The winning dance move will be the official dance move for the song for 2020. I’m looking forward to seeing the creativity,” Razor added

The Artiste who has been focusing on the operation of his recently opened Cartage Company, Cassups Cartage, in Canada. Razor B is also looking forward to kick starting his 2020 recordings with this new female inspired track. His recently released track produced by Sunjock Shotty Shane called ‘Bruk It Off’ is also trending extremely well.