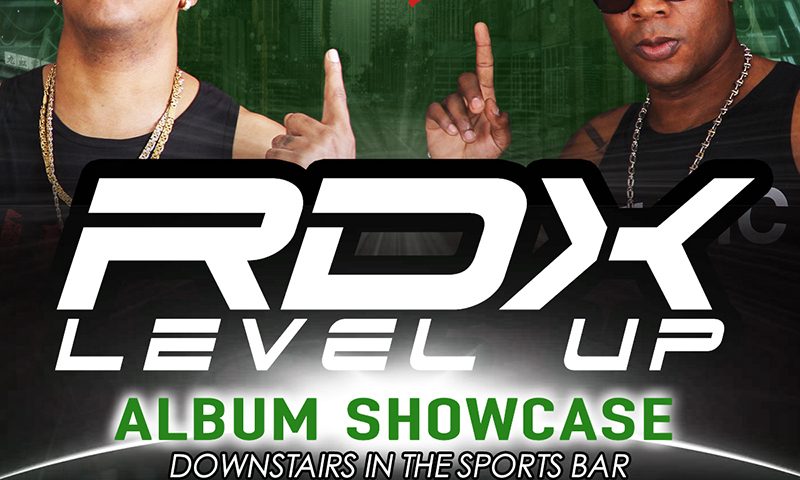 Fans in Kingston Jamaica and its environs are in for a treat this Wednesday; as RDX showcases the RDX ‘Level Up’ album, the project that marks their 10 successful years as Dancehall’s most dynamic duo..

The album itself, produced by Apt. 19 Music has been performing tremendously well since it release digitally over a month ago. The project received a front page premiere on iTunes hot tracks and has been steadily growing in popularity with tracks like “Private Time” in particular making an impact.

With the ground breaking success of the first single “Shake Your Bam Bam” and it’s corresponding video garnering over 5 million views in less than 4 months, the full project is expected to continue the trajectory.

“People are generally pleasantly surprised at the contents of this album as it’s not what they were expecting. Its alcohol free RDX music, but that’s what makes it a ‘level up’ from what is expected from RDX,” Delomar stated .

The duo wanted to give Jamaica the first taste of the album showcase before taking it on the road. They will be doing an exclusive album presentation and LIVE band performance at 100 Hope Road this Wednesday night as part of the Hundred LIVE series. After this showcase the duo will take the same band presentation to North America and then Europe in early 2018

“Fans can expect an intimate, friendly setting where they can “Level Up” their ears and hearts to RDX music this Wednesday night, it’s unexpected and a refreshing twist to RDX’s already appealing flavour, ” Renigade added.

The Level Up Album showcase at 100 Hope Road will also feature music from ZJ Rush and will be hosted by ZJ Sparks and Christopher Daley with special guest speaker the Minister of Health Dr Christopher Tufton.

RDX is set to officially launch the album in various parts of the world including New York City and Central America. The Apt.19 team is working on something extra special for the worldwide album presentations and will be making these announcements very soon.