Recording artiste Elliven has poured a series of life experiences into his latest project, “Challenges.” Produced by Nap Musiq, the album was officially released on June 25, 2021. 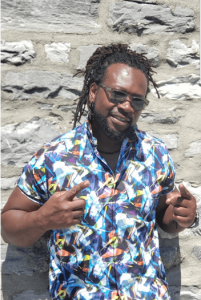 “This album is about life on a whole. It focuses on the ups and down, day to day struggles, life’s journey and the obstacles we face along the way,” the artiste explained. Containing 18 tracks in all, the album encompasses a Reggae/ Dancehall sound with twists of Afrobeat, Pop and R&B along the way. While some of the tracks were released before the pandemic and others completed throughout 2020, the process wasn’t always smooth but in the end was definitely worthwhile.

“I had several challenges during the making of this album but that only makes me deeper, stronger and wiser,” the artiste stated. With titles such as “Morning Glory”, “Me Nuh Know”, “Champion Lover” and “Live Like We Never Lived”, the album covers topics such as love, life, happiness and struggles.

“This album is a feel good album despite some of the problems in life. It brings a positive vibration where needed and restores hope and peace in the mindset of many,” the artiste expressed, adding, “Life is a journey and despite its challenges, we have to remember to take care of ourselves and each other mentally, physically and emotionally and always remember to put God above all things.”

With it being well-received around the world since its release, his hope for the album is continued growth.

“I just want it to get more exposure and to be able to connect with people far and away that feel the message of my music,” he elaborated.

“Challenges” is Elliven’s second studio album, which follows his 2015 release, “Lyric.” Elliven promises more positive music to come for his ever growing fan base.

“Just wait and you’ll see. I have so many works in the pipeline so just keep dreaming and streaming,” he revealed.

The “Challenges” album is available for purchase and streaming on major digital platforms online.