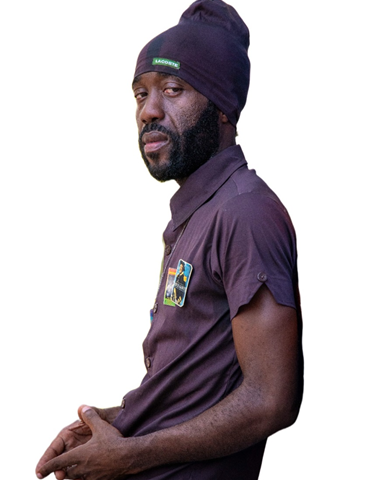 Recording artiste Owazawo is looking for answers in his new single, aptly titled “Question.” Officially released on August 13, 2021, the track was produced by Fx Rhulez Music.

Released on October 7 to the artiste’s VEVO channel, the accompanying music video captures the emotions of the track with vivid imagery that clearly depict the message. Directed by Chris Byrd, the video features shots in front of the Save Our Children Crying Monument located in Downtown Kingston.

The timely message has been drawing much attention, particularly on online platforms, with many expressing that this song is well needed and important. The response has been particularly significant as this is the artiste’s first official single and music video.

“The reception has been great, people are starting to know about Owazawo and it is a tremendous accomplishment. It’s great knowing that as an upcoming artiste who is singing music that can motivate  and inspire others,” he expressed.

With music being a part of him for his whole life, Owazawo has been perfecting his craft for the past 10 years.

“My music is soul; I try my best to do music that is relatable, so that the listeners and my potential supporters can find comfort while listening to it,” he stated. Going forward, the artiste has plans for much more new music in the near future.

“What’s next for me is a song titled “Protect We” that is another social  commentary song that the Jamaican populace will appreciate because of the current state of the country. After that is another song called ‘Piece”,” he revealed.

“Question” can be purchased and streamed on major digital platforms online.