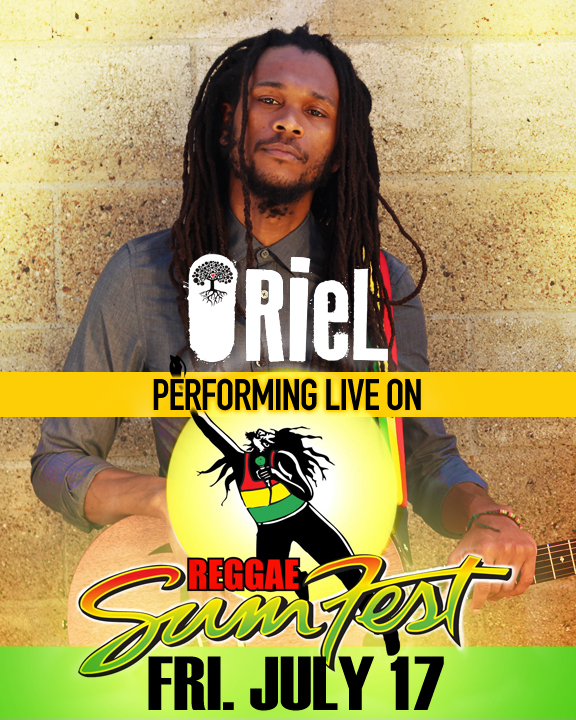 As reggae recording star ORieL gears up for the unprecedented July 2nd summer release of his 2 EP’s “Love SoulJah and Confidence 2.0” on the same day, the artist is preparing to take the stage at what is deemed the Greatest Reggae Show on Earth “Reggae Sumfest”.

Started in 1993 Sumfest stage as welcomed some of the biggest name in music, from Beres hammond to Vybz Kartel and 50 Cent to Rihanna. This year will see such stars as Grammy award winner Beenie man, rap star Rick Ross and ORieL on a 3 days musical buffet starting on Dancehall Night July 16th 2015, International Night 1 on July 17th, 2015 and International Night 2 July 18th, 2015 at Catherine Hall Entertainment Complex. ORieL will touch the stage and delight the crowd with both classic hits such as “Sticks & Stones” and “Serious”, and a selection from the 2 anticipated EPs with “Down Where I Live” (Confidence 2.0) and “Get Me High” and Cruise” (Love Souljah”.

ORieL’s who gave a memorable performance at Rebel Salute 2015, is looking forward to come back to Jamaica for his first Reggae Sumfest appearance. Known for his laid back yet powerful style, an humble ORieL states “I am elated to be performing in the home of reggae music for the second time this year. Its a blessing to be able to showcase my talents on Reggae Sum Fest and it’s also a testament to the fact that my music is actually reaching the people . Give thanks to all my Revoluters for the continued love and support.”

To celebrate the July 2nd, 2015 release of his unprecedented 2 EPs, 1 Day Release, ORieL’s “Love SoulJah” and “Confidence 2.0” will be streamed for 24 hours via WorldAReggae.com (more info to come)