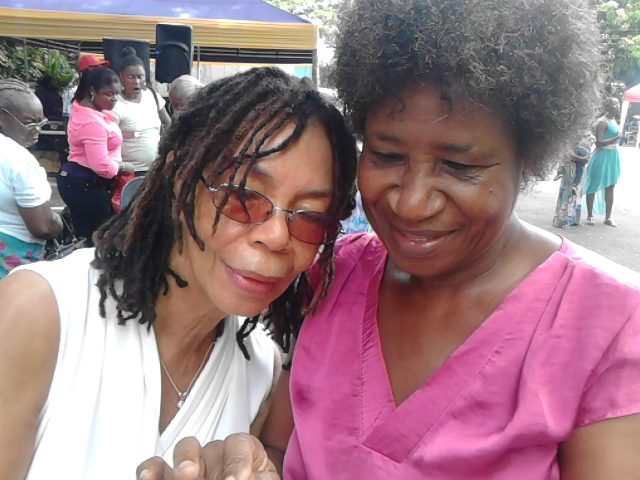 Avis Marshall and Eileen Marshall pose for our cameras at the 28 th staging of the Annual BBQ put on by the Immaculate Conception Roman Catholic Church & Missions, Stony Hill, Jamaica W.I. July 9, 2017.

Over the weekend, The Immaculate Conception Roman Catholic Church held the 28th staging of their annual BBQ in Stoney Hill Jamaica.  The function was well attended by local parishioners as well as special guest and dignitaries. 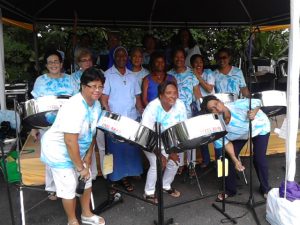 Special attraction was the Stella Maris Steel Band which rendered popular songs from their repertoire. Proceeds will go to outreach services to the less fortunate in the parish.

Father Kinsley Wayne Asphall who has celebrated 25 years as priest is the Pastor for the Immaculate Conception Parish & Missions. Archbishop of Kingston, His Grace Richards was also in attendance among other church workers and deacons.

Hopeton O’Connor-Dennie who is Senior International Correspondent & photojournalist was there and filed this story for Vision Newspaper.