REPORT SHOWS TEACHERS ARE “BURNT OUT” 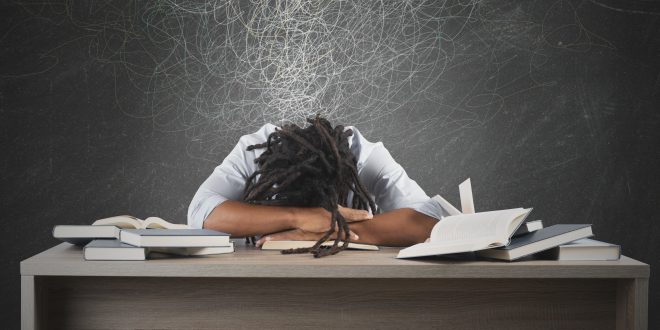 A recent report revealed that educators are suffering from severe psychological problems. Alarmingly, the report also refers to the teachers as ‘burnt out’.

FINDINGS FROM “EDUCATION SUPPORT”
Education Support, a charity that gives mental health assistance to education professionals, says school teachers are suffering from more severe psychological problems than at any point this century. It also revealed that the school workforce is being pushed to ‘breaking point’. The report predicts school standards will fall and mental health problems in the classroom will multiply if governments do not act quickly to offer teachers more support.

NEW AND EXISTING TEACHERS NEED HELP
Being a new teacher can be especially overwhelming. Without the proper support, it’s tough to make a go at it. Inadequate preparation by school administration and school board for the school year, the challenging working conditions and unrealistic expectations for first-year teachers are areas of concern for new teachers. Nearly three quarters of teachers and 84% of school leaders now describe themselves as ‘stressed’ and more than a third of education professionals have experienced a mental health issue in the past academic year. Forty nine percent believe their workplace is having a negative impact on their mental health and wellbeing. Some are so frustrated that they have accepted jobs overseas and have written resignation letters at the airport and handed them to relatives for delivery to school principals or some make phone calls to their school from their new jobs overseas. The migration of teachers would eventually affect educational outcomes. In fact, current statistics show that new teachers leave at rates of somewhere between 19% and 30% over their first five years of teaching. In some countries, newly recruited teachers have to wait several months to get their salaries. At the same time, we expect these newly recruited teachers, who are not compensated for up to four months, to dress up and come to work on time. Checks reveal that many teachers, who have migrated, are enjoying their jobs and are by far, better compensated.

ANOTHER STUDY/STATISTICS
The quality of performance of anyone in any job is compromised mainly by stress. If teachers continue to be stressed, then they will reap negative results in the classroom. Latest figures from the UK government reveal that just under 40,000 teachers, representing 9% of the workforce, have quit the profession in 2016 and not enough of them are being replaced. There is now a shortfall of 30,000 classroom teachers in the UK particularly at the secondary level, where 20% of teacher training vacancies are unfilled. A recent study by Learning Policy Institute shows that if a teacher receives mentoring, collaboration and extra resources, and is part of a strong teacher network, first-year turnover is cut by more than half. Unfortunately, just 3% of beginning teachers receive such support.

EDUCATIONAL REFORM NEEDED TO REDUCE RESIGNATIONS
The charity is calling for the government to make educational reforms that will increase teachers’ autonomy and change the accountability system to reduce ‘unproductive tension and anxiety’. It also wants all school staff, but particularly stressed-out school leaders to have access to more support and enough funding to prioritize developing healthier workplaces and work practices. The findings show that more than 57% of staff surveyed who have experienced health and emotional pressures have considered resigning in the past two years. The volume of workload is cited as the main reason, closely followed by ‘not feeling valued’. Two-thirds also want a better work-life balance, and the majority say they are sick of the target-driven culture and the general lack of resources in schools. The report also states that teachers are also feeling significantly more tearful, two thirds are having difficulty concentrating while half are having difficulty sleeping. In fact, educators cannot do their best for students when they are struggling with the physical and mental effects of stress.

TEACHERS STRESSED AND AT BREAKING POINT
As a seasoned educator for close to 34 years, I have observed that the sector is at breaking point and beyond crisis proportion. In other words, the education system is in a state of distress. If the situation continues, it could result in burnt out leaders on an industrial scale and schools would face huge problems recruiting and retaining staff. A lack of teachers means classes are getting bigger. Bigger classes are harder to control. Losing control stops teachers teaching. With less teaching time, students make less progress which can be catastrophic for teachers. A secondary school teacher in Jamaica found it difficult to get to school on time as he was just not motivated. He said he felt constantly stressed while working for 35 hours per school week; teaching for 30 sessions per week which required writing lesson plans for each class which were marked by a head of department who had very little knowledge of modern day lesson plan writing. It was not only because of the high workload that affected him, but he had the feeling of never being trusted, poor working conditions, his voice not being heard and the nonchalant attitude of the Principal. The Principal only attends staff meeting once per year while the Vice-Principals conduct ad-hoc staff meetings. The at-risk secondary level institution where the teacher is employed, is expected to have a strong disciplinary-head but he says the principal is lacking greatly in this area along with being regularly absent from work. Everything the teacher did had to be turned into a set of data, to prove it had been carried out. The educator of ten years was being constantly monitored and told off and said he had no professional control at work. Another teacher, aged 24 years, fresh out of college, started the school year with great optimism, with classes ranging from 36-43 students each, reported that during the first two months, she developed heart palpitations, high blood pressure and panic attacks. She said the teacher-expectation was overwhelming and challenged by the enormity of the job. She resigned before the end of the first term in an effort to remain alive. Another teacher with 12 years under her belt, from a Kingston-based top-performing school, complained of unmanageable class sizes, working 10-15 hours per day and on weekends to meet her weekly target, ineffective administrators, frivolous meetings and regulations and no support for disciplinary problems. She says an urgent overhaul is needed of the education system. She has since migrated to the UK.

STRESS LEADING TO ILLNESS AND SOMETIMES DEATH
If I may add to this report, many teachers have fallen ill in and out of the classroom within recent years. Earlier this year, it was reported that a teacher collapsed and died while teaching. President of the Jamaica Teachers’ Association Mr Owen Speid reported on November 18, 2019 that sometimes two teachers, in active service, are being buried each week. I can recall in the mid 2000s, while in educational administration in western Jamaica, four Principals fell ill in two weeks: one died while having a meal in a fast food restaurant. one died in his sleep, another had a heart attack during a staff meeting and had to be hospitalized for months and the other disembarked a taxi, collapsed and died. The list goes on. This development made me very scared and I requested of the Board of Management at the institution I was serving, leave of absence for two weeks, just to sleep/rest. I felt if I didn’t do it at the time, I would have been next in line. If no attention is given by the authorities to these urgent and pressing matters, many more illnesses and death will take place sooner than later among those in this noble profession. Some educators have gone beyond the call of duty to focus on the needs of other children which has led to the detriment of their own children, some having committed suicide.

CHILDREN ALSO STRESSED
The Charity report states that 10 million children are spending a significant amount of time every year in high-stress environments – and that will affect learning. We have seen many of our children forced by their parents to live on their own, do house chores as big brother or sister, including cooking and washing, some ‘shacking-up’ with men, both girls and boys bringing guns and other weapons to school while others are not only engaged in sexual intercourse at home but in the classroom where threesome and oral sex are the order of the day. While teaching at a prominent girl’s school; young and fresh out of college, I was approached by a 15 year-old female fourth former who invited me to ‘come wid har to har sister’s birthday party tomorrow night’ and proceeded to give me the official invitation along with her bigger sister’s telephone contact. In the envelope, I was told where and what time to meet her, what I should wear and ‘she an har sista will pick me up to have fun all night as dem love mih off”. So shocked was I that I immediately contacted my parents who were educators and counsellors at the time, for guidance and counsel. The next day, I reported the matter to the Vice Principal for appropriate action to be taken. Again, all these factors significantly affect learning irrespective of the learning style taught in the classroom.

RECOMMENDATION
I urge governments especially those in the Caribbean and their Ministers of Education to give priority to these and many other issues affecting our committed and dedicated teachers, often working beyond the call of duty. Overwork and lack of support are driving these professionals to death. Thank God for the parents, guardians, Churches and corporate businesses that continue to provide great support to our hard working teachers. Many Church schools provide Chaplains/Pastors who offer great spiritual and emotional support. I also ask of our teachers to seek as much help from those who are experienced and retired classroom teachers which will guide you on how to manage your space more effectively and efficiently.