THE STUDIO THAT DRAKE BUILT IS FINALLY IN OPERATION 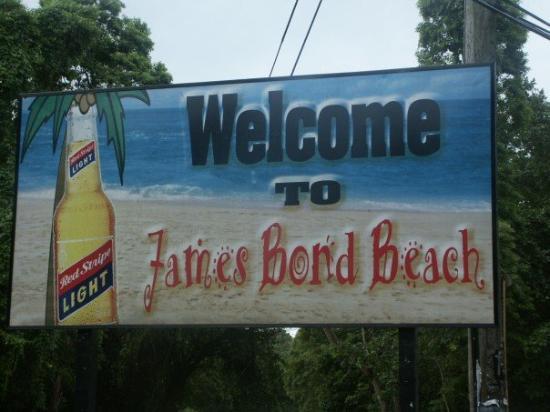 James Bond is a British icon, but the fictional spy hero really was born in Jamaica, just as the Caribbean island gained its independence from the waning British empire.

The relationship between Bond’s author, Ian Fleming, and the island where he sought to escape from dreary post-war Britain is explored in Matthew Parker’s unique biography, “Goldeneye.”

Fleming wrote all the Bond short stories and novels, which inspired an ongoing series of blockbuster films, at his Goldeneye estate on Jamaica‘s northern shore. He spent two months every year, from 1946 through his death in 1964, at Goldeneye, and for a while his own boozy, cigarette-fueled seductions rivaled those he created for Bond.

Fleming’s neighbour in Jamaica was the British actor and playwright Noel Coward, and Parker carefully compares and dissects how the island and its residents are depicted in each man’s writing. Mostly, they viewed Jamaica as a backdrop, at best, where the “island natives” are cheerful and sexy but never threatening.

The fading of an empire weighed on Fleming as he developed escapist fantasies for Bond, the paragon of British intelligence and power. He found rich source material in Jamaican waters for Bond’s underwater action scenes, but he rarely troubled himself with island drama beyond his jet-set social circle.

Parker explores where Fleming would not, delving into Jamaica‘s politics and economy, the legacy of 300 years of colonial rule and the emergence of the island as a tourist destination, a development fueled partly by the glamour projected by Fleming and his friends. He also spells out what Coward and Fleming didn’t see coming _ that their tropical-yet-British hideaway would be short-lived, and the island was ready for a change.

Parker’s “Goldeneye” is an appealing Caribbean history dressed as pop culture, and he adds complexity to Bond’s legacy of vodka martinis, car chases and women in bikinis.