CRRF Commemorates March 21st, the International Day for the Elimination of Racial Discrimination 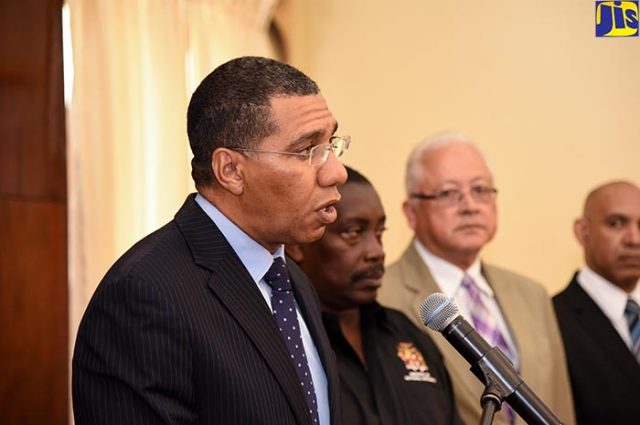 Operating hours for businesses and other establishments in sections of the St. Catherine North Police Division, where a State of Public Emergency was declared on Sunday (March 18), have been adjusted in keeping with stipulations under the enhanced security operation.

According to the Constabulary Communication Unit (CCU), the closing hours for all businesses in Spanish Town, Linstead and Bog Walk are now between 6:00 p.m. and 7:00 p.m.

The police encourages persons to adhere to these conditions, to avoid being prosecuted for violations.

The specified boundaries within which the operation is being undertaken are:

The CCU has indicated that the security forces will also be placing special focus on bus parks within the targeted communities.

Prime Minister, the Most Hon. Andrew Holness, declared the State of Public Emergency during a press conference at Jamaica House on Sunday.

A joint Jamaica Constabulary Force/Jamaica Defence Force team was deployed to the area to undertake enhanced security measures for an initial 14 days, in accordance with the Emergency Powers Act.

The Proclamation under the Emergency Powers Act to bring the enhanced security measures into effect was signed by Governor-General, His Excellency the Most Hon. Sir Patrick Allen, and has been gazetted.

The State of Public Emergency in St. Catherine North is the second such following a similar declaration in St. James in January.