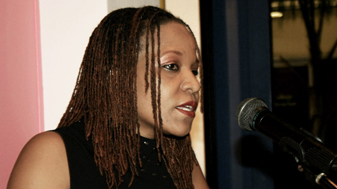 Cultural analyst Dr Donna Hope believes that the criticism of ‘donmanship’ in the new single ‘Ghetto Boy’ by Bounty Killer, Cobra and Stephen Marley is several years too late.

The song, which criticises dons for the negative influence they wield over the youths, sells the idea that dons are bad for the country’s economy.

But, while the message is viewed as quite uplifting, Hope believes the youths are now being led by a different set of recording artistes, highlighting that Cobra and Bounty Killer’s ability to influence them has waned significantly.

“The video is really great and uses a well-thought out script, and some serious lyrics from Bounty Killer and Cobra to send messages to the ‘ghetto boy’. Even though this is a dancehall song, I am not sure if it will mean much for dancehall since the song is listed as a Stephen Marley song. We will have to wait and see because Stephen Marley is not perceived as dancehall,” Hope said.

She added: “The youths of today are largely fans of the artistes of today like Vybz Kartel, Alkaline, Tommy Lee, Kalado, Dexta Daps, I-Octane, Gage and others. Bounty Killer and Cobra’s fans are the parents of these youths.”

She said that youths of the inner-city respect Bounty Killer as a veteran artiste, who has earned his stripes. However, they see him as belonging to a previous generation, a different era, one that has come and gone.

“Same thing for Cobra … the truth is the song has a great message; but I am not sure if it will reach the youths as intended if the messengers are not the ones getting their attention in today’s world,” she said.

THE STAR attempted to speak to Bounty Killer, but he was unavailable for comment. However, his lyrics are quite bold and colourful, as the veteran uses adjectives like ‘fool’ and ‘stupid’ to describe the actions of dons.

During his over 20-year career in dancehall music, Bounty Killer has developed a reputation as a hardcore lyricist, whose sometimes graphic gun slinging lyrics raised eyebrows from cultural critics, who claimed that dancehall songs could incite violence just as much as the dons.

However, fast forward to 2015, and Bounty Killer seems to have mellowed with time, and judging by the lyrical content of Ghetto Boy, the self-proclaimed ‘Warlord’ now has a different outlook on life in the inner-city.

“They do more to the people than for the people. They crash the economy like a vehicle. Sey dem a don and dem a doops and dem a dadda, inna di heart a di youth dem future yu stick a dagger, that’s what they do,” Bounty Killer said in his intro.

In the song, the deejay, also sells the idea that youths should find other means of achieving financial stability, rather than resorting to a life of crime.

For Hope, that non-alignment with dons will only help the career of an artiste, given the results of the Tivoli incursion.

“In this post-Tivoli 2010 incursion era, lyrically distancing yourself from dons and donmanship doesn’t harm your image in the eyes of power brokers outside of the garrison, and particularly those who have the power to issue or revoke visas and work permits,” she added.

Collectively, Ghetto Boy has been viewed over 400,000 times on YouTube. The hip-hop infused version uploaded by World Star Hip Hop has received over two million hits.