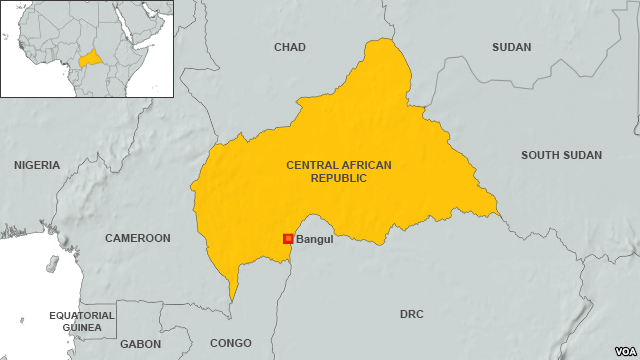 DAKAR, Senegal(AP) _ Amnesty International says Muslims in the western part of Central African Republic are being forced to hide their religion or convert to Christianity under threat of death.

The group said in a report Friday that bans against Muslims are happening outside areas under the protection of U.N. peacekeepers.

A 23-year-old man told the rights group he was forced to join Catholic Church on pain of death.

Central African Republic has been rocked by sectarian violence since 2013, when mostly Muslim Seleka rebels seized power, and their brutal rule led to the rise of Christian militias that unleashed a wave of violence against Muslims.

The group called on the government, U.N. mission and the international community to support reintegration of the tens of thousands of Muslim refugees expelled in 2014.