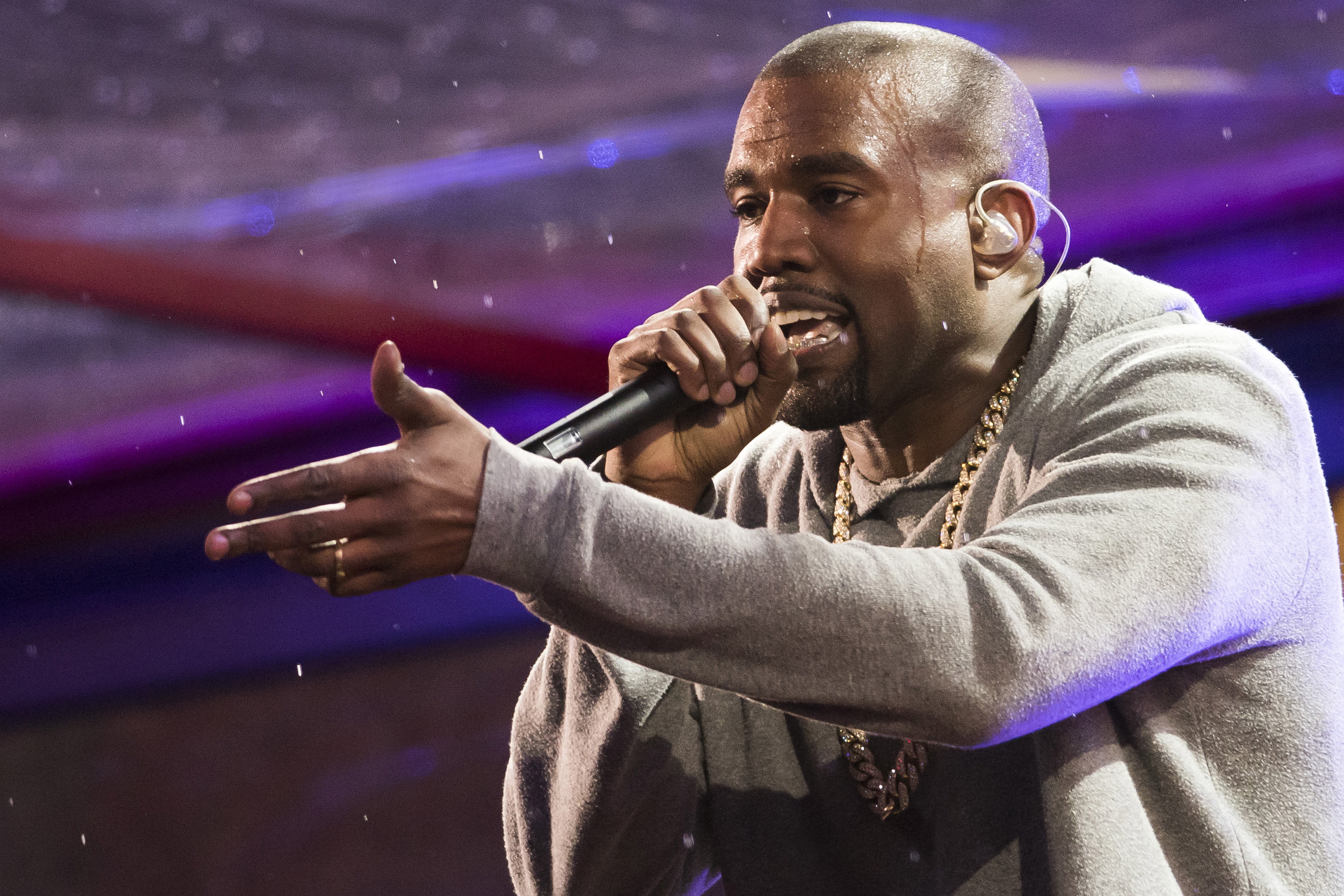 GLENDALE, Ariz. _ The crowd at DirecTV’s Super Saturday Night party came for Rihanna, and got a healthy dose of Kanye West as a bonus.

West trotted on stage as Rihanna sang the opening lines of their hit “All of the Lights,” a surprise guest at an event that’s become known for delivering shows from music’s superstars on the eve of the Super Bowl.

Rihanna opened the performance with “Rock Star” and moved through several of her hits, including “Umbrella,” ”Rude Boy“ and ”We Found Love.“

She reached out and touched fans and moved effortlessly around a semicircle stage that allowed her to reach fans throughout the venue.

West also interacted with the audience, slapping hands as he performed. He pointed and glanced up at a balcony where his wife, Kim Kardashian, watched and snapped a selfie with friends.

A few feet away actor Aaron Paul leaned on a rail bobbing his head to the music, and the crowd included other celebrities and athletes such as retired NFL players Tony Gonzalez and Michael Irvin and entrepreneur Mark Cuban, who helped throw the party.

Guests screamed, danced and took advantage of the closeness of the performers to snap photos and videos.

After a few duets, Rihanna left the stage as West performed “Jesus Walks,” ”Black Skinhead“ ”Flashing Lights“ and other hits.

Both performers opted to slow down the tempo at times, with Rihanna performing “Stay” and West singing a new song, “Only One.”

Their performance was a latest in a string of strong lineups for the invite-only DirecTV party, which has had Justin Timberlake, Katy Perry and Beyonce and Jay Z perform at previous pre-Super Bowl parties.