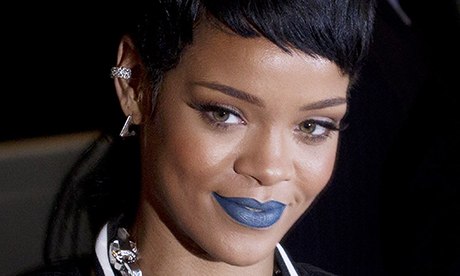 Rihanna was visiting Thailand while on a brief holiday from her Diamonds world tour. Photograph: Lewis Whyld/PA

Rihanna was visiting Thailand while on a brief holiday from her Diamonds world tour. Photograph: Lewis Whyld/PA

Thai police have arrested the owner of a Phuket bar in connection with illegal sex shows after following leads from Rihanna, who visitedThailand last month and tweeted about her x-rated experiences out on the town.

“Either I was phuck wasted last night, or I saw a Thai woman pull a live bird, 2 turtles, razors, shoot darts and ping pong, all out of her pu$$y,” the R&B singer tweeted to her 32m followers on 20 September.

Embarrassed Thai officials said they used Rihanna’s tweets to help apprehend the man last weekend, who now faces charges of obscenity and operating a venue without a permit – punishable by up to one month in jail and a fine of 60,000 baht (£1,200).

“Authorities found out about this bar the morning after Rihanna tweeted about it, but we were not able to catch them violating the law until Saturday night,” the local district chief Weera Kerdsirimongkon said. “We had been waiting for them and finally caught them red-handed.”

This is the third arrest in three weeks in Thailand brought about by Rihanna’s tweets. Two other men were arrested last month after the singer posted a photo of herself and a slow loris – a protected primate – on Instagram and Twitter. Authorities soon swooped in to crack down on wildlife touts in the area and arrested a 20-year-old and 16-year-old during the raid.

Rihanna was visiting Thailand while on a brief holiday from her Diamonds world tour, seemingly oblivious to the legal customs of the country. Her apparent naivety about posing with protected animals, however, prompted international outrage, with some animal activists urging her to use her celebrity for good.

“Photo prop animals are often physically abused, mutilated and drugged to ensure they are safe for tourists to handle,” one British zoologist wrote in an open letter to Rihanna. “Please help us raise awareness about this problem by speaking out against it and asking your fans not to have their photo taken with exotic animals when abroad.”

For the original report go to http://www.theguardian.com/music/2013/oct/15/rihanna-sex-show-tweet-thai-phuket