Robert Mugabe To Be Buried At Heroes Acres 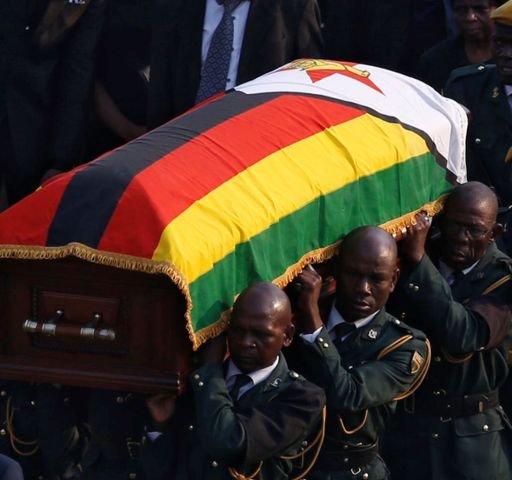 Eleven Presidents in attendance at Thanksgiving Service in Harare. 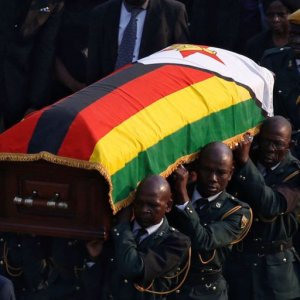 Amid considerable confusion the family of Founding Father Robert Gabriel Mugabe and the Zimbabwean government have agreed the late president will be buried at National Heroes Acres as originally planned, but not tomorrow (Sunday) as was originally scheduled. Instead within 30 days after construction is completed. This is a major change to announced arrangements.

A spokesperson for the family, a relative named Leo Mugabe has disclosed that: “Government honours will be bestowed tomorrow (Sunday) and a private burial will be held possibly in a week’s time at the National Heroes Acres. Special invited dignitaries will be invited by the family, basically it will be a private burial”

Mugabe has been eulogized as a liberator, Statesman, Intellectual, & Panaficanist. He was the founding father of Zimbabwe and President for over 3 decades He ruled for a total of 37 years. Other accounts say 38. He distributed lands to the landless and built many educational institutions including schools.

We mourn the loss of this patriot and distinguished Pan Africanist. His loss is monumental. May his soul rest in peace. Eleven Presidents were in attendance including President Ramaphosa of South Africa.

Hopeton O’Connor-Dennie is a veteran journalist who is also Senior International Correspondent for Vision Newspaper Canada.