SIGNS THAT MIGHT INDICATE THAT YOU ARE IN AN ABUSIVE RELATIONSHIP 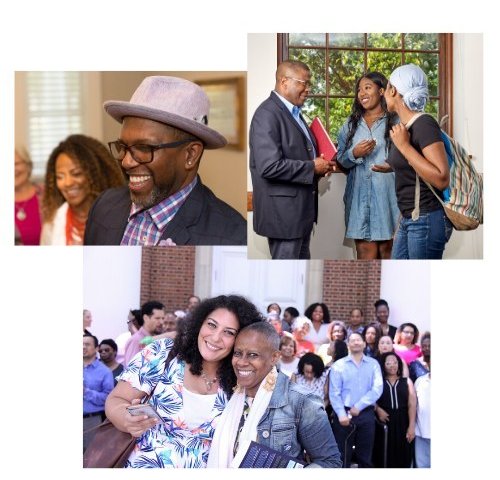 Spelman College ended the decade on a high note, with the announcement of a major contribution toward a building project that represents the College’s future as a leading producer of students who graduate with strong skills in STEM and the arts.

ATLANTA, Jan. 16, 2020 /PRNewswire/ — Spelman College ended the decade on a high note, with the announcement of a major contribution toward a building project that represents the College’s future as a leading producer of students who graduate with strong skills in STEM and the arts.

A gift in the amount of $2 million from philanthropists Leonard and Louise Riggio to support the new Center for Innovation & the Arts rounded out a year of vigorous philanthropic support from both private and corporate entities.

While support for Spelman remained consistent throughout the year, conversations about the future of federal funding for historically Black colleges and universities came to a head during the fall of 2019 after a bill to permanently fund HBCUs stalled in the Senate before eventually being signed into law.

Known as the Fostering Undergraduate Talent by Unlocking Resources for Education Act, the law, which received bipartisan support, will provide HBCUs with a minimum of $255 million in permanent annual federal funding.

As Spelman gears up for 2020, the support of donors and permanent federal funding through the $255 million allotted to HBCUs through the FUTURE Act, will allow the College to continue to thrive. In addition to earning its No.1 HBCU status for the 13th year in a row from U.S. News & World Report, the College secured the No. 6 spot on U.S. News’ inaugural list of Top Performers on Social Mobility. A hot topic in 2019, the designation is an indication of how a Spelman degree plays a dominant role in moving alumnae from one economic strata to another.

“Social mobility is a critical measure of college outcomes,” said Spelman President Mary Schmidt Campbell, Ph.D. “The recognition that our undergraduate teaching, academic innovation, and overall value contribute to the increased social mobility of our graduates is important as we strengthen programs and develop new initiatives and partnerships to continue providing students with the competitive advantage they need to be successful in this 21st century environment.”

Elevating the Spelman DifferenceIn 2019, Spelman’s name could be found at the top of numerous national rankings and members of the College’s administrative team were acknowledged for their leadership. The College also received funding to assist in its support of professional development for faculty.

Dr. Campbell led the College to new heights in 2019 while achieving some milestones of her own. Before the turn of the decade, she spoke to Curbed Atlanta about the future of the West End and how Spelman and its partners in the Atlanta University Center have supported educational improvements in the district.

In addition to winning book awards, and lending her arts expertise to numerous public discussions, she formally joined the J. Paul Getty Trust Board of Trustees.

The Benjamin L. Hooks Institute for Social Change at the University of Memphis selected “An American Odyssey: The Life and Work of Romare Bearden” as the winner of its 2018 Hooks National Book Award. Written by Dr. Campbell, “An American Odyssey” is a telling biography of the full and vibrant life of artist Romare Bearden. The Hooks Institute’s National Book Award is presented to a published nonfiction book that best furthers understanding of the American Civil Rights Movement and its legacy. “It is an honor to receive an award named for the transformative civil rights leader, Benjamin Hooks,” said Dr. Campbell, who presented a lecture at the University of Memphis this fall. “I am honored, as well, to join the distinguished lineage of past awardees and to have been among the outstanding finalists for this recognition.”

Spelman College President and Arts Historian Named to the J. Paul Getty Board of Trustees

In July of 2019, Dr. Campbell was named to the board of trustees of the J. Paul Getty Trust, an international cultural and philanthropic institution devoted to the visual arts.

“We are delighted to welcome Dr. Campbell to the Getty Board,” said David Lee, Ph.D., incoming board chair. “Her wealth of experience and leadership in the arts and philanthropy make her an invaluable addition.” Getty’s 12-member board, which consists of leaders from a range of industries, works to set policies related to spending, management, governance and grant making. Trustees are elected to four-year terms, and may serve no more than three terms.

Spelman was among three HBCUs selected to receive a total of $3 million in grant funding to support faculty development. The Carnegie Corporation of New York and The Rockefeller Foundation awarded $1 million to Spelman. Morehouse College and Prairie View A&M University each received $1 million from Carnegie Corporation and the Andrew W. Mellon Foundation, respectively. The grant will support Spelman faculty plans to grow the curriculum in areas of emerging importance while nurturing the trajectory of leaders on campus and in their respective fields, as well as share best practices with the broader HBCU community.

Spelman earned several top spots on the 2020 U.S. News list of college rankings. For the 13th year in a row, the College was ranked No. 1 HBCU and debuted on two lists, including No. 22 on the list of Best Undergrad Teaching Programs and No. 32 on the Study Abroad list. In addition, the College ranked No. 6 on the inaugural list of Top Performers on Social Mobility, which is an indication of how a Spelman degree plays a dominant role in moving alumnae from one economic strata to another. Spelman also made a significant jump to No. 6 on the list of Most Innovative Colleges, up from No. 35 in 2019. The College was No. 57 on the list of National Liberal Arts Colleges and No. 98 on the list of Best Value Colleges, up from No. 104 in 2019.

Celebrating women in the academy, Diverse: Issues in Higher Education included Sharon Davies, J.D., Spelman provost and vice president for Academic Affairs, in its 2019 Top 35 Women in Higher Education. In its second year, the list honors the contributions of women to higher education who stand out for their ability to forge solutions to the unprecedented challenges facing the nation’s higher education community. Provost Davies, along with representatives from several other UNCF-member institutions, was formally recognized in the magazine’s March 2019 issue.

Promoting Academic InnovationThe Atlanta University Center Consortium, the world’s oldest and largest association of HBCUs in the country, celebrated more than an anniversary last year. In addition to marking 90 years of excellence in higher education, the AUCC and its member schools implemented key initiatives in STEM and the arts that will benefit students on all three campuses.

Spelman is part of a new initiative designed to prepare students within the AUCC to meet the growing demand for data scientists and data analytics experts. Initial funding by the UnitedHealth Group, a five-year $8.25 million investment in the AUCC and its members – Spelman, Clark Atlanta, Morehouse and Morehouse School of Medicine – will support the launch of the AUC Data Science Initiative. The new initiative will offer technical classes for students who want to specialize in data science or learn data analysis to give them a competitive edge in the job market.

Inaugural director Cheryl Finley, Ph.D., took the helm of the AUC Art History + Curatorial Studies Collective last year. The program, which is designed for future art historians, curators, museum professionals and those pursuing a career in the visual arts, enrolled its first cohort of students from Clark Atlanta, Morehouse, and Spelman, desiring degrees in art history and curatorial studies. In addition, the Collective debuted its Early College Program for high school students.

The College will establish a new chair in Queer Studies, backed by a matching gift from philanthropist Jon Stryker of up to $2 million. This first-ever chair of its kind housed at an HBCU will be named after celebrated poet and civil rights activist Audre Lorde and attached to the Comparative Women’s Studies Program housed at Spelman’s Women’s Research and Resource Center. Last year, Spelman began a fundraising campaign to raise $2 million. The chair is expected to be hired in 2021.

The College is closer to breaking ground on a new academic facility designed to bring the arts, technology and innovation into close collaboration with one another thanks to Leonard Riggio, founder and former chairman of Barnes & Noble, and his wife Louise who made a $2 million gift toward the construction of the Center for Innovation & the Arts. The Center will be home to a community of innovators, collaborators, artists, filmmakers, dancers, musicians, curators, art historians and scientists.

Delivering the Spelman PromiseIn 2019, the College worked to develop programs that will ensure that each and every student who enrolls graduates. From supporting budding healthcare professionals to developing a program to make sure more Black women pursue Ph.D.s in economics, Spelman is working to ensure that students graduate, not just with a degree but, with a competitive edge, prepared to step into leadership roles.

The College received a $2 million grant from the Department of Defense to support its continued growth in STEM education. The Center of Excellence for Minority Women in STEM, which is affiliated with the Office of Research, Innovation and Collaboration, is the first center of its kind and serves as the hub for all STEM undergraduate research and training activities at the College. “The Center aligns with the College’s strategic priorities and ensures that our students are empowered and equipped to enter competitive STEM fields,” said Dr. Campbell.

Spelman Prepares Students to Succeed in the Healthcare Field

The Career Pathways Initiative, Spelman’s UNCF grant-funded project, celebrated the third year of its five-year term in 2019. Directed by Tinaz Pavri, Ph.D., division chair of social sciences, and co-directed by Harold Bell, director of Career Planning and Development, CPI ensures that faculty, staff and administrators work together as a team to achieve goals.

Nationwide, there are very few African Americans in economics professions, and fewer than 10 percent of minorities are awarded advanced degrees in the discipline. Through the support of a grant from the Alfred P. Sloan Foundation, a not-for-profit grant-making institution dedicated to the advancement of scientific knowledge, members of the Department of Economics at Spelman are working to develop curriculum and programming to address the scarcity of Black women Ph.D.s in economics. The College will utilize the Sloan Foundation award to develop learning modules focused on economics for its annual summer bridge program and launch an initiative that provides financial support to students with an interest in economics graduate programs.

Whether they were on campus to receive awards or making a surprise appearance while on a book tour, several notable leaders showed their support for the Spelman community in 2019.

On May 11, Former First Lady Michelle Obama surprised students enrolled in “Black Women: Developing Public Leadership Skills” a course taught by Marilyn A. Davis, Ph.D., associate professor of political science. For nearly two hours, Mrs. Obama discussed her autobiography, “Becoming,” which Dr. Davis assigned as a required text in class. “Do not hide your story,” Mrs. Obama told the class of 18 students. “Do not hide the truth of who you are.” The message that most resonated with Dieudonnne Mundy, C’2020, a political science major, was Mrs. Obama’s insistence that students make themselves visible in every space they occupy. “That message came at a perfect time for me. It was really reaffirming,” she said.

The Honorable Keisha Lance Bottoms, current mayor of Atlanta, served as the keynote speaker for the Spelman College 132nd Commencement ceremony. The 60th mayor of Atlanta addressed 474 graduates in the Class of 2019 and 9,000 of their family and friends on Sunday, May 19, at the Georgia International Convention Center in Atlanta. Mayor Bottoms also received the National Community Service Award in recognition of her service as a lifelong public servant and commitment to addressing local, state and national issues.