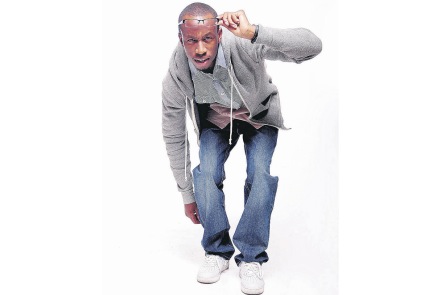 WITH a father as famous as Alton Ellis, singer Christopher Ellis certainly has big shoes to fill. But the rocksteady legend’s youngest son is making strides of his own.

On Tuesday, Ellis’s debut EP, Better Than Love, will be released by the Marley-owned Ghetto Youths International label.

Produced by Damian ‘Junior Gong’ Marley, Ellis says the five-song piece is a blend of reggae, R&B and rocksteady. It contains the songs Roller Coaster, Left Unsaid and You Babe.

The 31-year-old began recording when he was 11, but says he never took music seriously until his father died in October 2008.

“When he passed away I got the sudden desire to pursue a career and try and make a life out of music,” he told the Jamaica Observer, adding that being the son of a reggae pioneer has its challenges.

“People automatically want you to bring greatness to the table, because you are coming from that lineage.”

Ellis was born in London, England, where his father lived early 1970s. His first recordings, done 20 years ago, were covers of some of Ellis senior’s hit songs.

The link with the Marleys is interesting. Alton Ellis and Damian Marley’s father, reggae legend Bob Marley, both lived in Trench Town during the 1960s and were good friends.

Alton Ellis’s music legacy is huge. He had numerous hits, including Dance Crasher, Girl I’ve Got a Date, Sunday Coming and I’m Just a Guy.

“It’s unfortunate that he isn’t able to see me in my element and creating these works that the people have been enjoying,” he said.

A product of reggae’s new age, Ellis take the criticism of contemporary Jamaican music in stride. However, while acknowledging the contribution of the greats, he believes his generation should be given a chance to show their worth.

“People say the music nowadays is nothing like what the legends did back in the day. I say, why would you want it to be? It’s a new creation, and surely we wouldn’t want the music to be stagnant and not move on. I love the sound coming out of Jamaica, there are a few names that are really bringing a wonderful sound,” he said.

For the original report go to http://www.jamaicaobserver.com/entertainment/Rock-Steady-with-Christopher-Ellis_15445595