One Deportee Tested Positive For COVID-19

Reggae/ Hip Hop artiste Rohan Da Great has released a brand new EP, simply titled “6 Love.” Released on April 24, the heavily Dancehall EP was produced by the label, Leaders of the Artistic Revolution. Featuring as many songs, the title holds a double meaning. 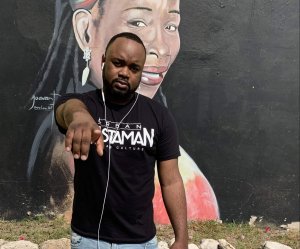 “Essentially, it’s 6 songs about love that come together and tell a story. That was the significance of the 6, but it’s also a play on words,” the artiste explained. He also had the Caribbean connection in mind when it came to the title. He added,

“We often play dominoes and I felt that competitive spirit was with me when I initially started making the project. As a young artiste, you may feel overlooked or underrated. I decided I would make 6 great songs and ‘beat them bad’, make them so great that  the others couldn’t compete; basically, give them 6 Love!”

With music running through his veins, Rohan Da Great was quite literally destined for greatness, growing up with Reggae artiste Curry Don as his father. Born in Brooklyn, New York, he was raised in his Jamaican household on Jamaican genres which ultimately had a major impact on the music he creates today. The diversity of cultures present in New York led him to also dabble in Rap sounds as well.

Before the “6 Love” EP, there were singles such as “Summertime”, “One More” and “Crazy”, which blazed both local and international airwaves, giving the relatively new independent artiste some leverage with radio audiences. Expecting no less of this latest project, which was two years in the making, Rohan Da Great has high expectations.

“I put a lot of work into the project and my hopes are that the listeners gravitate to it and relate to the music. I want them to be able to put it on and vibe and tell their friends. I hope it becomes a worldwide success,” he expressed.

Working towards his goal of one day achieving a Reggae #1 on the Billboard charts, the independent artiste has more in the pipeline, with a full length Dancehall project in the works, as well as a few new Rap songs.

“I just want to let any upcoming artists that may see this know that their break is right around the corner. They just have to keep on pushing and don’t let anything get in their way. Just persevere and be ready when your time comes!” he added.

The “6 Love” EP is available for purchase and streaming on major digital platforms online.